Once a stately chest of drawers but became tired and lacklustre in appearance over the years.  I began by stripping and sanding the dresser, thinking I would restain, but the transformation began.  Layer upon layer of colors blending together and distressing back.  That was followed by layering stencils in metallic finishes.  The top of the dresser was stained with Java Gel and then clear coat applied for added durability.  The tiltable mirror was painted in Lamp Black.  Metallic glazes were added meticulously to put the finishing artistic touches to this Stately Stenciled dresser. 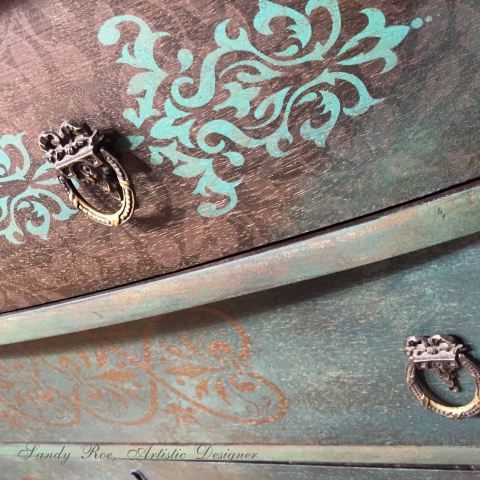