By Warren Snow at Snow Woodworks in Marshall, VA.

An Air Force veteran contacted me for a coffee table that could display memorabilia from his Air Force career.  Being an Air Force Academy graduate he also wanted his 1979 class crest prominently displayed.  A collaboration began that resulted in the table you see here.

Each side of the table houses a shallow drawer under glass to display items.  The center panel’s class crest is done in hand-cut marquetry within a border of aluminum inlay.  The table is made of walnut.  The drawer bottoms reflect the Academy’s terrazzo pattern using ash burl and holly.

The finishing recipe included a faint orange water-based aniline dye stain for the walnut to restore the color lost through kiln drying.   This was followed by GF Seal-a-Cell, Gloss Arm-R-Seal (to build a foundation), and final coats of Satin Arm-R-Seal.  Sanding and surface prep occurred between coats.  A hand-rubbed paste wax coat completed the finish.

The detailed marquetry work for this project posed an enjoyable challenge.  The table now resides at its home in Colorado. 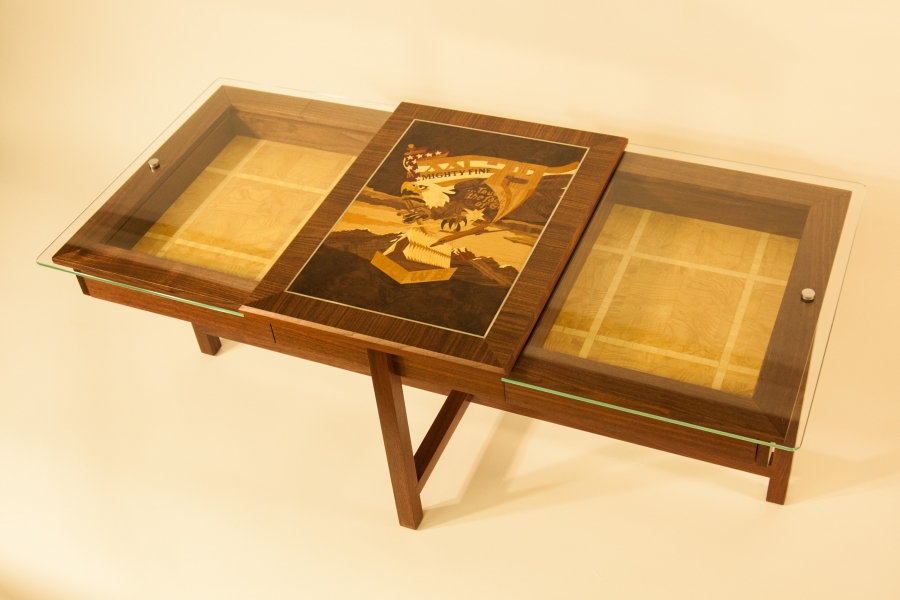 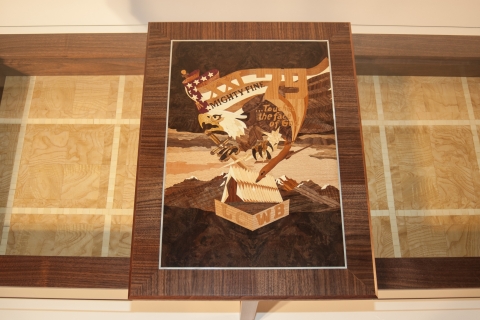 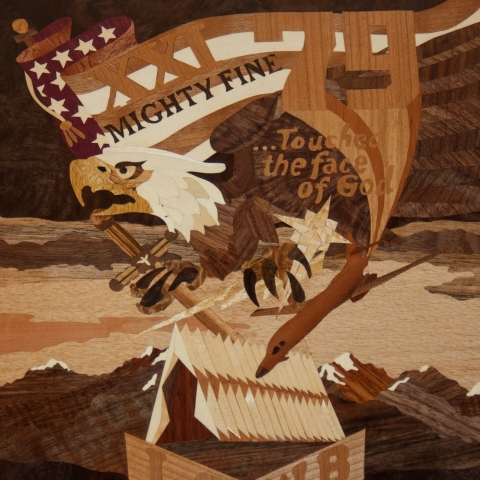 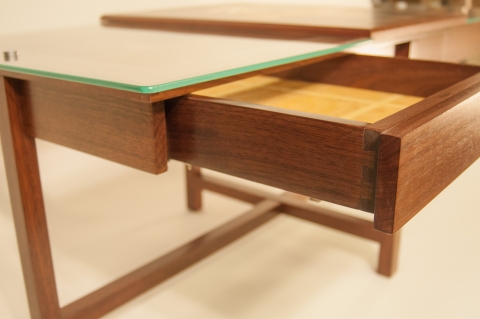 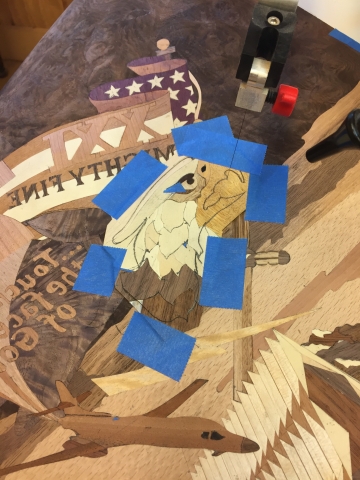 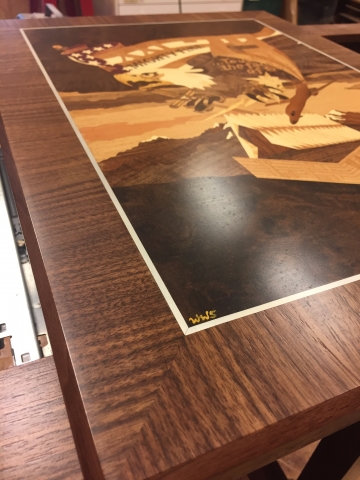