This little table was sitting outside of a small used furniture store looking so forlorn and sad, that I had to buy it for $7.  I knew it would be work but what the heck!  Ziggy is a table back from the 1950's/1960's era and it had definitely seen better days.  One side of the front looked like it was chewed by a family dog and his finish was finished.  I decided to make Ziggy fun so I cleaned with TSP and started work using bondo and wood filler for his corner.  I sanded it down and used more wood filler for the deep gouges and dents.  I primed the entire piece in Kilz 2 twice.  I painted Ziggy in Valspar chalk paint in Sherwin Williams color 6258 Tricorn Black and Sherwin Williams 3377 Chase the Moonlite homemade chalk paint.  I used a stencil to give Ziggy a little flourish.  I used General Finishes Arm R Seal in satin for the entire table.

This became my son's nightstand and he really likes it because of my added bonus to Ziggy.  I drilled a round hole in the back of the table and the drawer and installed a power strip inside the drawer.  Now he can charge his phone and tablet inside the drawer without a lot of cords hanging out and around.

I don't know why I came up with the name Ziggy but I did cause he looks like one.  I entered him into this contest and category because I didn't want him to be forgotten like he was sitting outside of the small used furniture store. 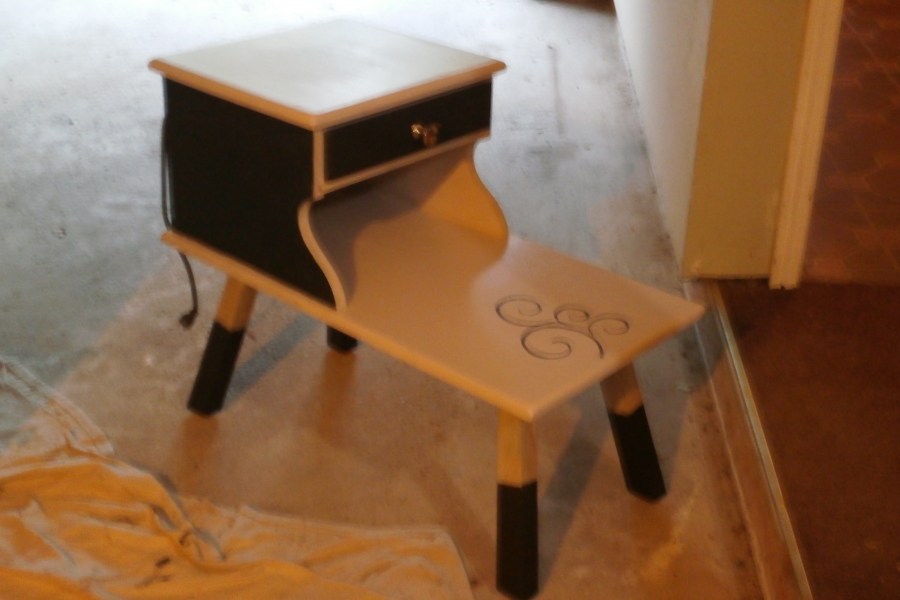 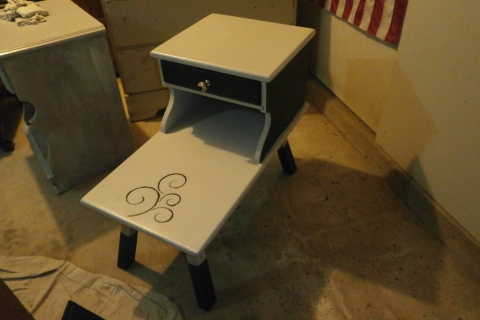 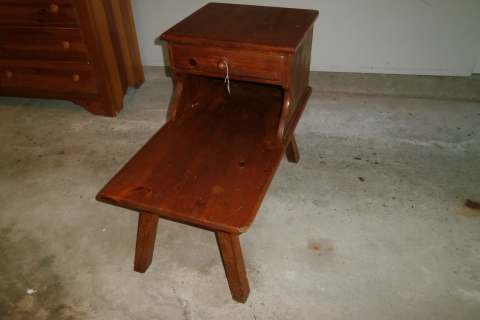 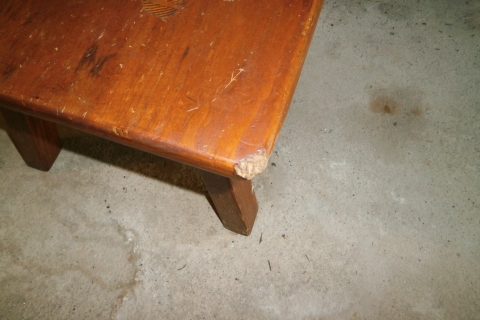