Last year, I purchased and refinished a vanity for my son's fiancee, Eulissa.  I felt bad because I did not do anything like this for my daughter-in-law Andrea yet.  I had my mother's vanity from the 1940's that I had used as "a desk" or more accurately, a landing zone for important and kinda important papers.  I decided that it was silly to do this, so I took my mother's vanity down into my basement and set to work.  I had it for decades and it had a lot of missing veneer, broken pieces (that I still had and found!), and gouges.  I talked with my son and he showed me a picture of a vanity that Andrea liked.

I washed the vanity with TSP but I had to be very careful due to broken and missing veneer.  I used stripper and sanded down her top.  I also had the mirror that went with it. but the little vanity chair was long gone and I happen to have another so I washed and stripped them as well.  After repairng the veneer with wood filler and gluing her pieces back together, I decided to paint the body due to all of the wood filler I used (a lot!).  I primed the areas for painting; the underside of the vanity, the sides, part of the mirror and part of the chair.  I used 2 coats of Valspar Chalky Finish Paint in Sherwin Williams 7045 Intellectual Gray on the sides and drawer fronts and part of the mirror and I used two coats of Sherwin Williams 3377 Chase the Moonlite homemade chalk paint on the underside of the vanity and on the chair. I had already removed the Victorian needlepoint fabric from the chair and had an idea of what I wanted to replace it with.

Talk about getting something done by the 11th hour-I finally finished it by December 21st so Andrea would have a lovely Christmas present NEXT to the tree (wouldn't fit under it...).  The pictures taken are just before Andrea and my son came over for Christmas day.  She had no idea it was for her until she saw her name on the card.  I made sure that the Christmas card was from both me and my mother in Heaven. 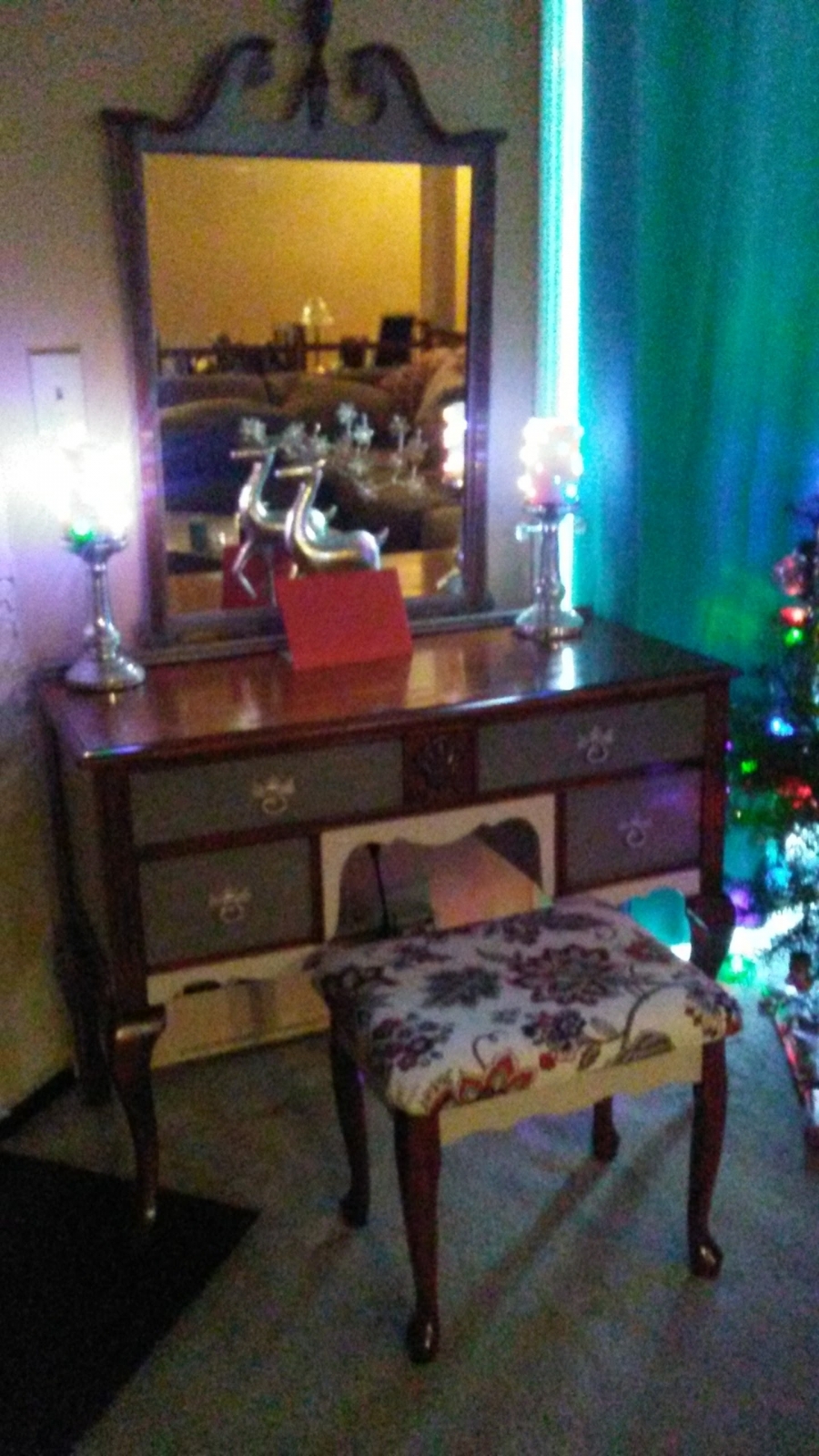 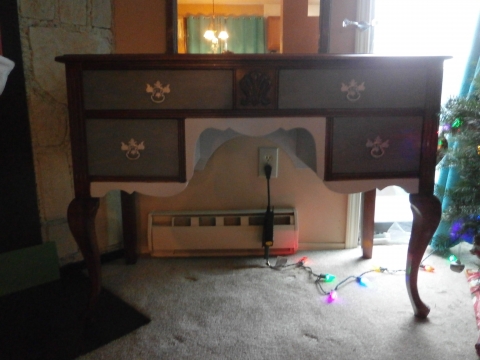 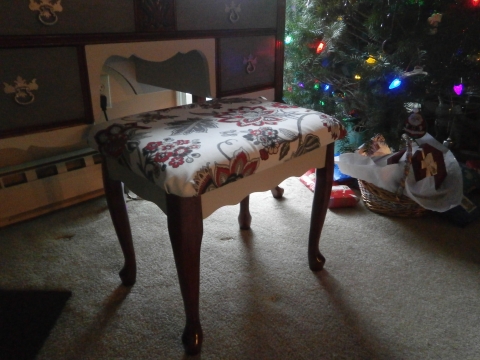 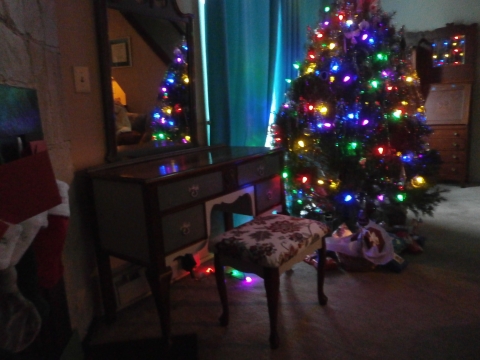 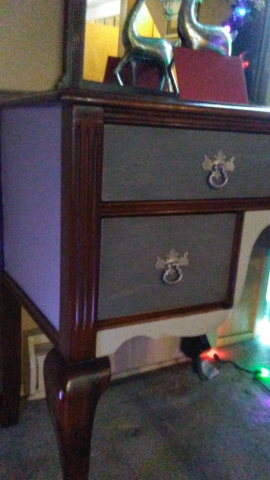 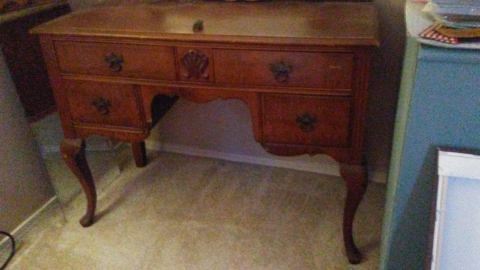 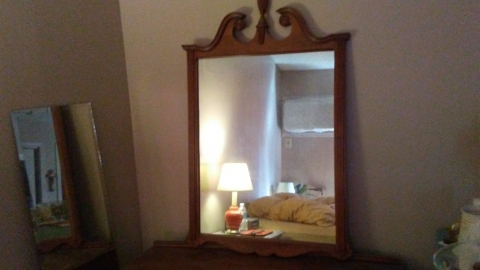 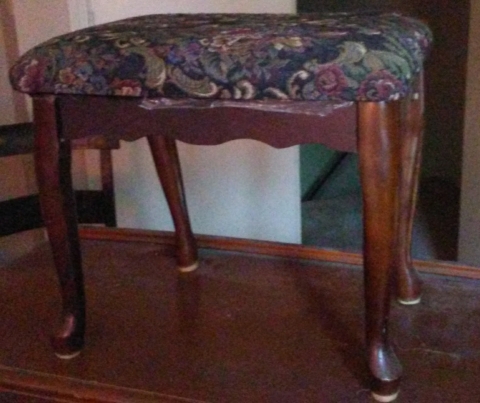