I was offered a litte console table for $20.00.  It was never used but it was, well...boring.  It isn't bad looking, just boring.  Just a plain little console table.  So, I decided to take it home and give it a little farmhouse redux.

I didn't have to sand it down, just wash it down slightly (yes it has some pressboard) and I primed the entire piece in Zinsser 123 primer.  I used 2 coats of Sherwin Williams 7045 Intellectual Gray homemade chalk paint on the base and Sherwin Williams 6106 Kilim Beige on the top.  She had the farmhouse appeal but she needed something else.  I then decided to use General Finishes Glaze Effects in Van Dyke Brown and Burnt Umber on the top giving her a faux wood grain pattern.  I then finished with General Finishes Arm R Seal in satin on the entire piece.

She now sits proudly in my living room.  I will probably sell her but for now, I am keeping her. 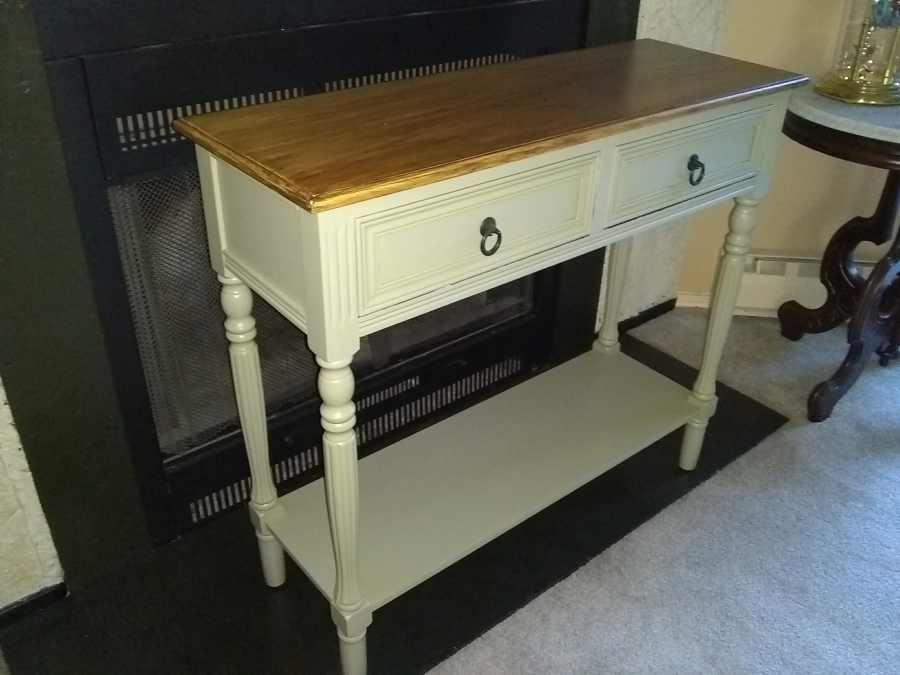 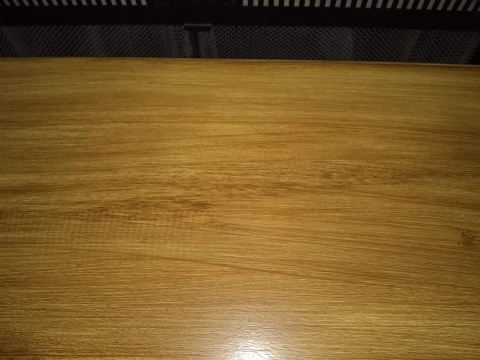 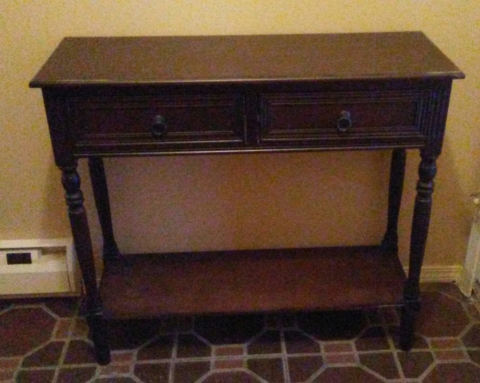