I got into the habit of naming my furniture after the person I bought it from and the town/city they lived in.  So meet Jess Brookfield.  I saw this highboy on an online sales ad for quite a lot of money, so I passed on her.  Then a month later, she was back and her price dropped by 50%.  Okay, now I can go and look at her.  When I got to Jess' house, the highboy was at a strange angle in the driveway where I couldn't open the bottom drawer.  The reason (I found out later) that her two legs on the same side were very badly damaged (she was dragged around on two legs) and her bottom frame of the dresser drawer was cracked- a lot.

So when I brought her home, I flipped her upside down and worked on her base with bondo and wood filler and glue for about two weeks.  Once she was all fixed there, I flipped her back over and then cleaned with TSP and stripper.  I was really hoping that I could stain the entire piece but her body was so damaged that I opted to paint her twice with Sherwin Williams 3377 Chase the Moonlite homemade chalk paint.  I was able to sand down her top, drawer fronts and ledge and stain them in Minwax Wood Stain Red Mahogany 225 because she was red mahogany!  There were some scrollwork on her so I accented it with Sherwin Williams 6326 Henna Shade homemade chalk paint, Sherwin Williams 6514 Respite homemade chalk paint, and with Unicorn Spit mix of White Ning and Midnight Blackness for a gray glaze.  On the areas that I used the SW 6514 Respite, I used General Finishes Champagne Pearl Effects to accent the drawer dividers.  I finished with General Finishes Arm R Seal in satin on her body and General Finishes Arm R Seal in semi-gloss on the drawer fronts and top.

This is now my new highboy for my bedroom and I love it! 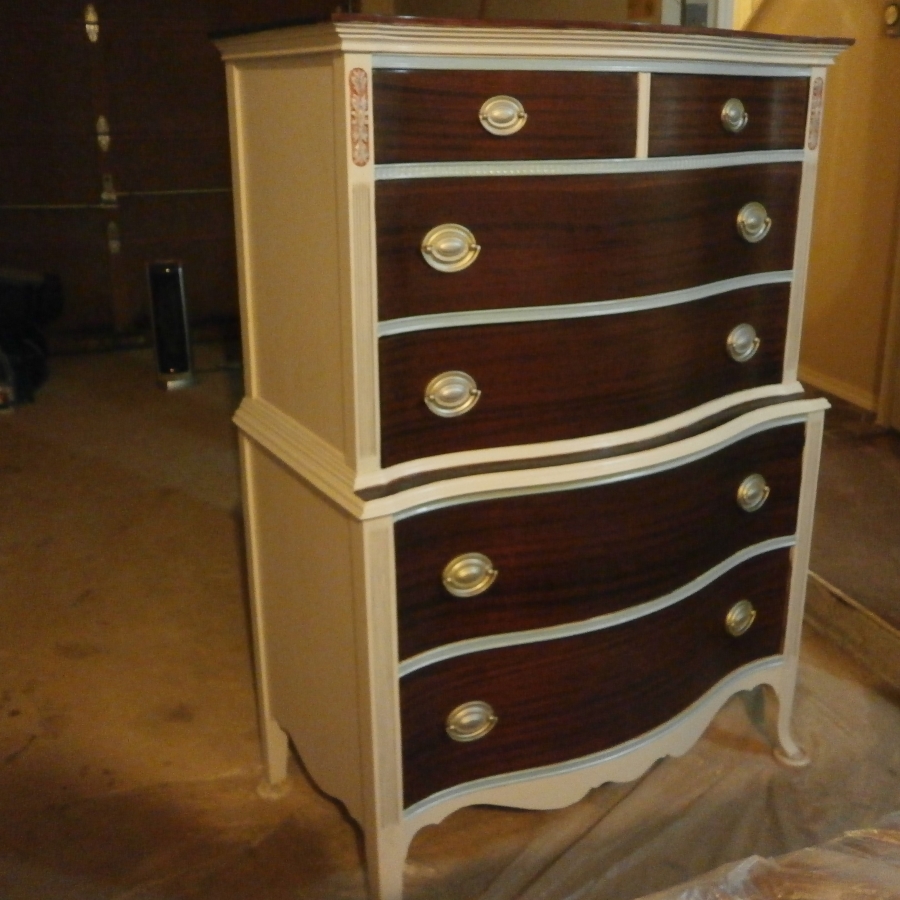 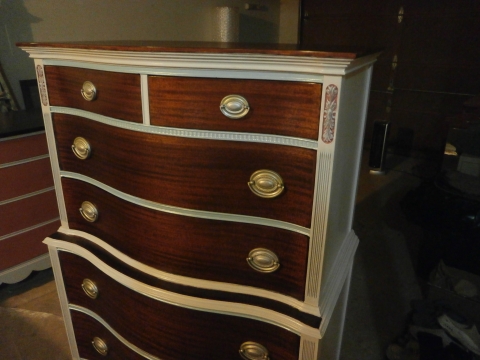 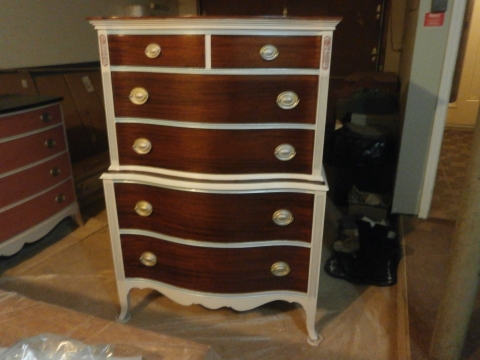 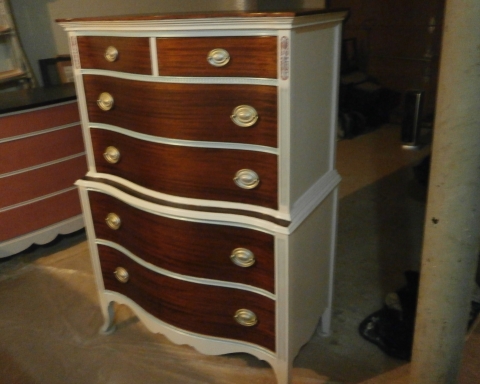 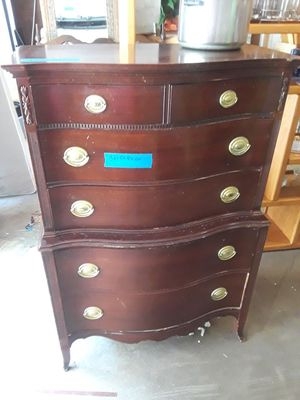