When my grandmother was a teenager, (circa 1910) her parents house was destroyed in a fire.  I wasn't told how the fire began, but there was a fireplace in every room of the house.  As my grandmother fled the house, she was able to grab the hall table and the entranceway carpet runner.  Now, I have wondered all of these years (as my mother did) how my grandmother got the table out of the house.  With the marble top on, it weighs about e60 lbs.She was about 5'2" and weighed about 95 lbs at the time.  It was until much later on, did I understand how she did it.  The carpet finally unravelled in the 1970's but that's pretty good for carpeting.  My grandmother's table has been with me for decades.  It was done in a very dark brown stain which no longer had a sheen to it and you could barely see the scrollwork on the base.  The white marble top has some chips and dinges and has rust staining throughout.  I was scared to touch it.  I did not want to ruin it but it needed help.  My sons already told me that they weren't interested in it and that I should leave it alone and sell it.  But, the story behind the table, for me, made it priceless.

I can honestly say that I am quite proud of Grammy's table and I think she would be quite pleased as well. 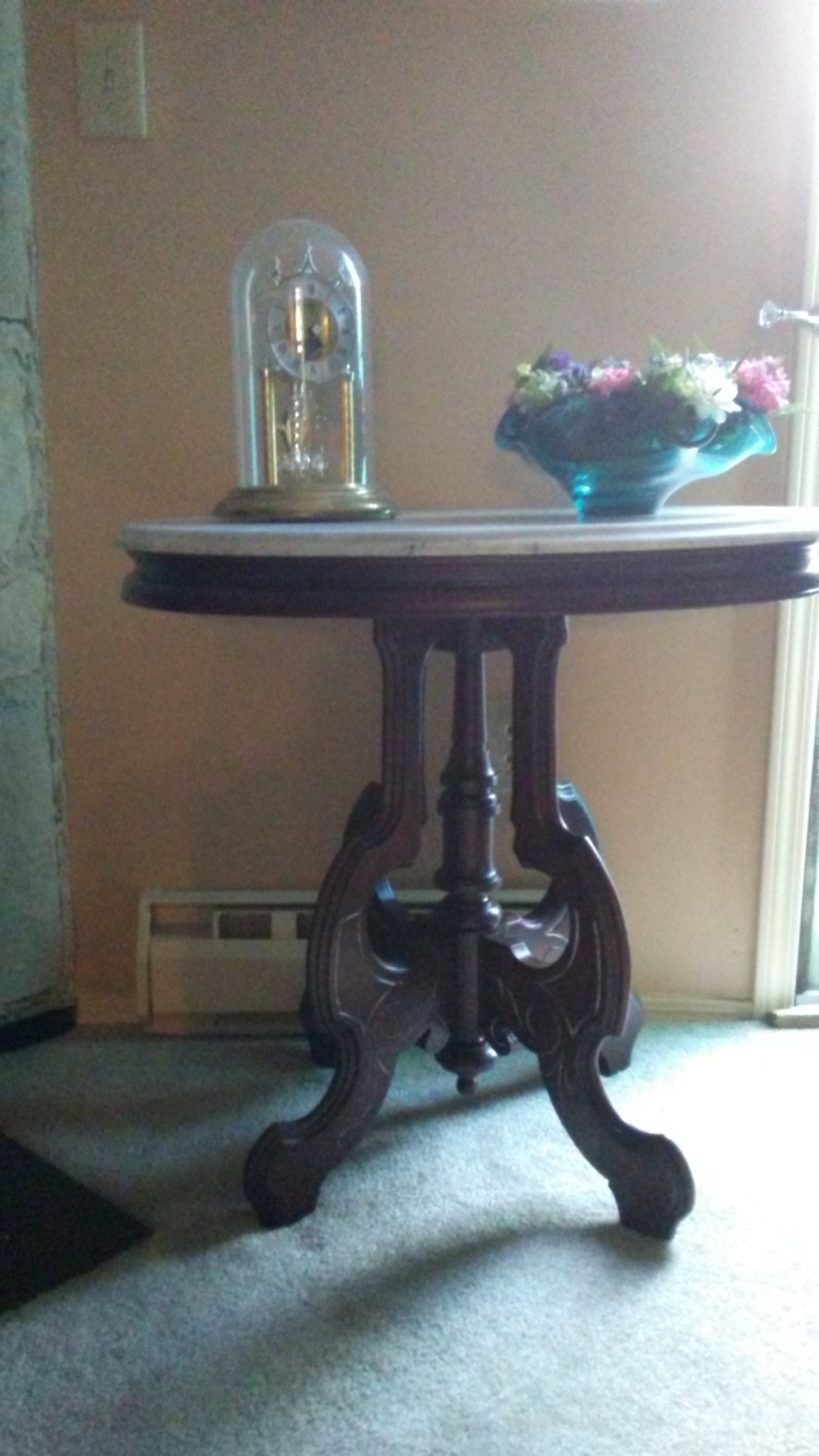 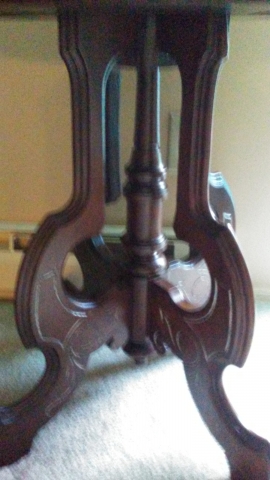 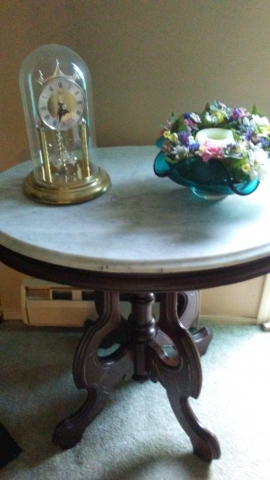 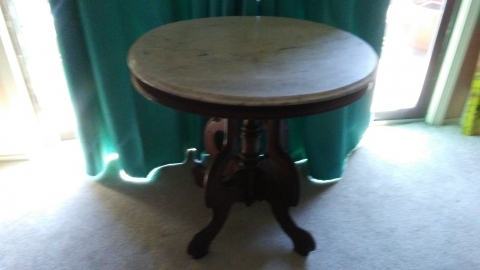