The "Something to Gossip About" Gossip Bench

This dreamy little basil gossip bench started out as a turquoise nightmare!  After snapping up this piece on a garage sale Facebook group, I brought it home and discovered two things: 1) pictures don't necessarily show the stability of a piece and 2) some how that turquoise paint seemed to be embedded into the wood grain.  After removing the seat and securing the base of the seat with what I discovered to be several missing screws, the brainstorming began!

I wanted to make the piece versatile enough to live in amongst MCM or traditional furniture, but the enclosed shelving unit kept bothering me. It made the piece seem so heavy on that side while the other side had a whimsical, airy appearance.  Luckily, the enclosure was made of flimsy veneer, so a hammer (and bit of frustration) was released on that unsuspecting veneer and, voila!  It instantly looked worlds better!  Now, on to stripping the finish.

As I said in the second discovery, the paint was less-than cooperative when it came to removal.  The paint in several areas was chipping or worn, and since my least-favorite activity is sanding, I thought I'd quickly strip it off with my favorite paint stripper - Citristrip. (Insert lowered shaking head here).  To this day I have no idea what type of paint it was, but it LOVED where it lived and wasn't going to give up without a fight!  Since I knew I would be painting everything but the top of the bench, I took off enough paint to level the surface.  But the bench top took 3 rounds of stripping and A LOT of sanding to remove the turquoise color I now despised.  I filled the holes from the missing veneer on the legs and finally, it was time to give the gossip bench it's life back!

I started with General Finishes Gel Stain in Java on the top of the bench, then moved on to what is becoming one of my favorite colors - Basil Milk Paint by General Finishes!  I lightly distressed a few areas of the bench to give it a slightly traditional look and finished with three coats of General Finishes High Performance Water Based Topcoat in Satin.  As a finishing touch, a little extra batting and some soft, linen-type upholstery fabric was added to the seat and this sweet gossip bench was ready for it's new home! 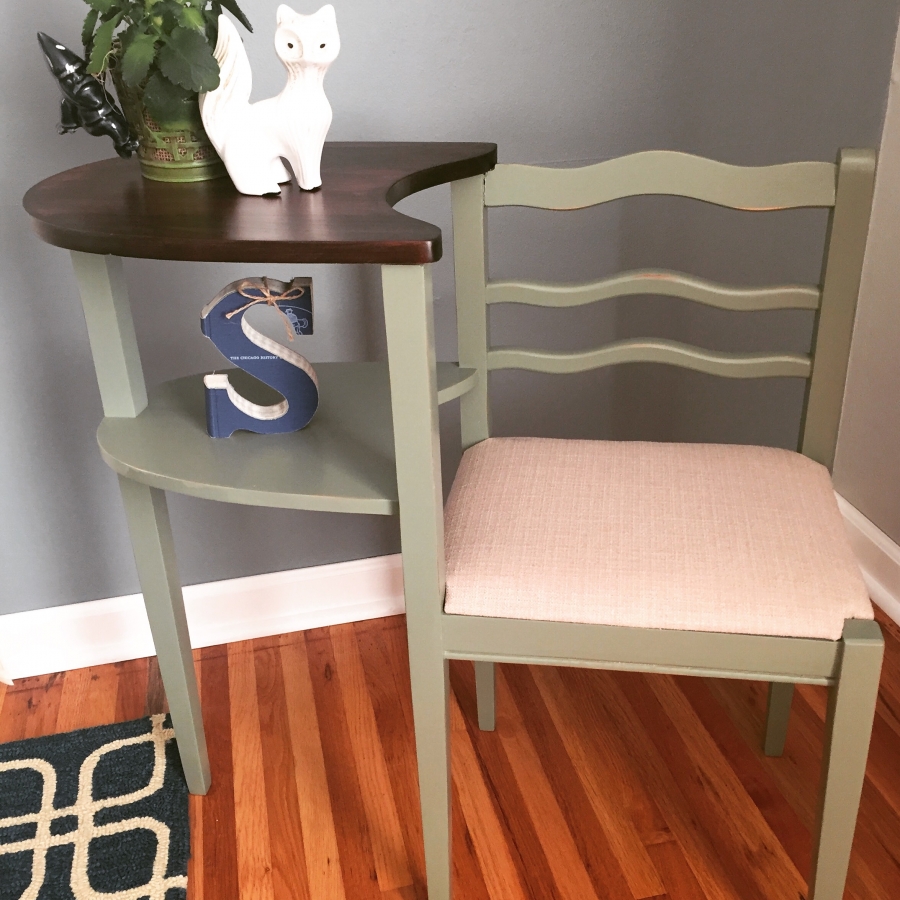 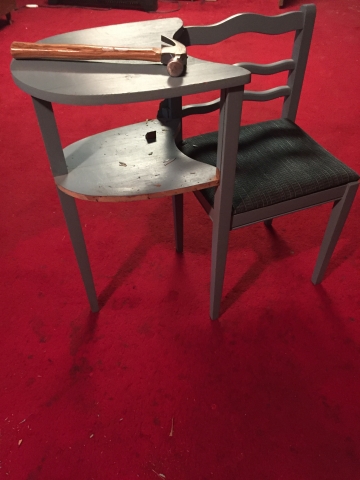 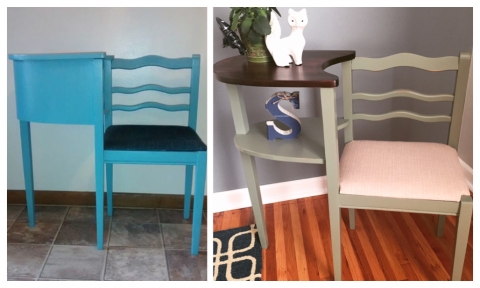 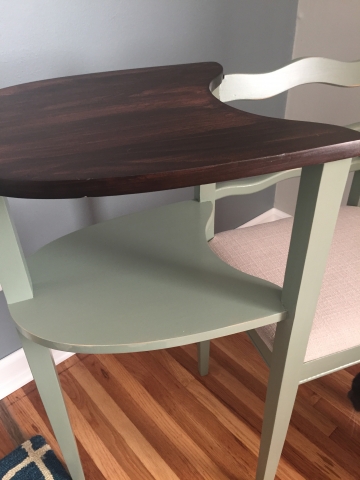