Restoring 1800's Antique Table For the Love of Family Heritage

By Connie, Owner of at Renaissance Lady in MO.

1800's Antique lame table had been hiding in shame for years, first in the basement and then the garage. Her maimed leg had deemed her incapable to perform her duties. She was a rough cut hand pegged stout lady many years ago.

I fondly named the table Claudia. Claudia is a feminine gender name. The origin is Latin and derives from Claudius, meaning lame, disabled.

Slowly and carefully I disassembled the table removing the top, table skirt, and legs. A large section of table top split out and gone. Removing the broken legs showing all the hand hewed pegs and side skirt rail. The table suffered from a warped table top and also dry rot. Previously, someone had used 16 penny nails to keep the table top down on the frame.

After many weeks of un-warping the table top pieces with wet cloth and clamping it down to a smooth straight surface to un-warp it. This process was repeat several times allowing the cloth to dry out before repeating this procedure several times. I then took one of the drop down sides to recreate the piece to replace the area that had a large section broken out of the top. Using my dowel pin jig to join the piece together for the top. The top of the table was then hand pegged back on the frame of the table.

I love using all of these products. They were used in this restoration work and are used on a regular basis in my workshop.

The words of its proud owner describes it best. "When I first laid eyes on this table it was in my grandmother's basement. It had been there a long while, in fact I remembered it from my childhood days. The years had not been kind to it. It was badly warped, the legs were uneven, worn and split. It was a wreck but it was a piece of the past and I had to save it. My Dad, although skeptical also believes in trying to save the past so he helped me load it and the table made it's way into my home where it stayed for years in the garage. Jeff really wanted to bring it back to life but eventually told me he just couldn't do it and reluctantly told me he felt it was destined for the trash pile. Enter Connie Hill (The Renaissance Lady). Jeff and I took the table to her in January and I asked her if she could salvage any part of the table. God bless her, she looked it over and said she would try. The table (Connie calls her Claudia) is now back in my houses and in my kitchen. It is beautiful. Connie told me about the hand made details she found in the rehab process and she said this could very well have been a piece of furniture my great-grandparents made themselves. I like the thought of that. There were hand-hew pegs that could have been made from wood that used to stand on the old home place. I look at it now and think of the hands that used to rest upon it's edges and that makes me smile. " 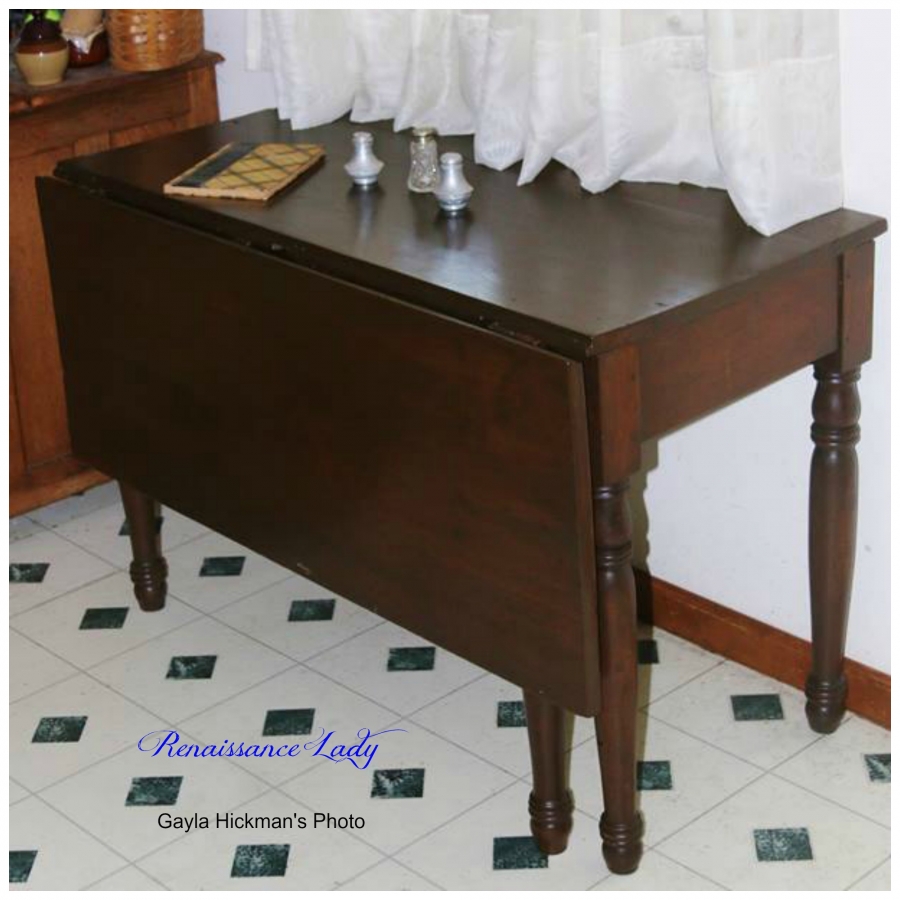 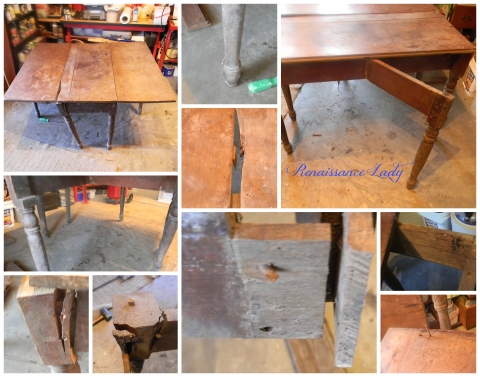 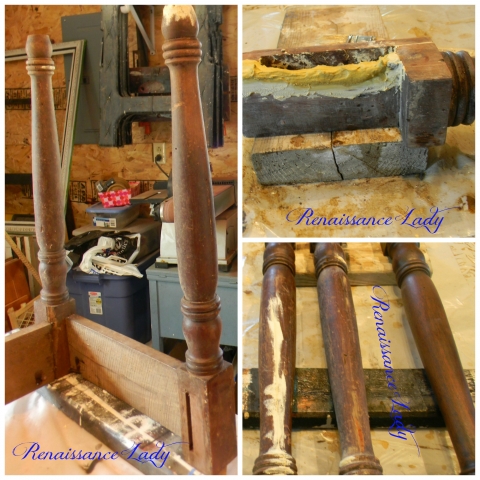 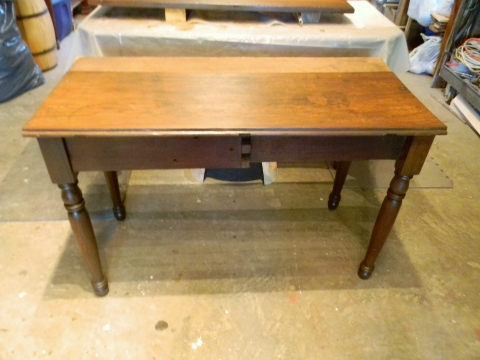 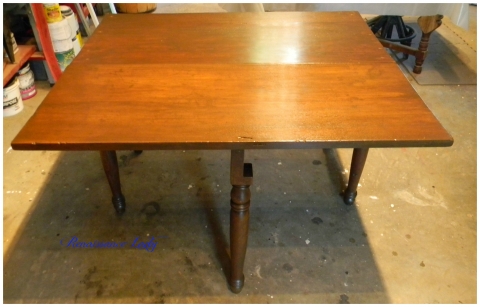