Winner! The "Oops" that turned out Better than the Plan

By Lisa Vassallo at Timeless Furniture Resto by Lisa in Manahawkin, NJ.

I knew that this piece was going to "get it" because the flat surfaces would allow me to really add so many extras I hadn't tried yet! I had just got a new color in, Abyss, by Wise Owl. I also ordered textured rollers from Artistic Painting Studio, along with some chrome foil and adhesive.  I started by stripping the top and sanding it down so I can apply General Finishes Java Gel stain.  The bottom of the piece got two coats of abyss chalk paint.  I then tried using the texture roller to apply my foil adhesive so when I applied the foil, I'd get a pattern. Well, that didn't quite work as well as I thought BUT sometimes the oops is better than the plan!  I applied the foil and it stuck to where it was supposed to but it wasn't enough.  I applied the adhesive to the front doors, in a random fashion and pressed the foil up against that and I had very fine shimmers of chrome foil.  Just enough "sparkle".  I wanted to add a raised stencil so I used Heirloom Traditions texture medium and mixed it into some of my abyss (mixed with some Wise Owl Nebula).  I applied the mixture over the stencil on 2 doors and both sides.  I didn't like the similar blue color so I decided to dry brush a custom mix of brown over that and then some light metallic - warm silver by Modern Masters.  I also lightly dry brushed the entire piece in this so that all raised parts would pick up some of this color!  I had some really cool multi color gold leaf so, what the heck, I applied the sizing around in random spots and gold leafed it!  Some of that leafing was sticking to the earlier foil adhesive. Ok, ok, this was looking cool.  I sponged the warm silver along the bottom.  I gold leafed the hardware in the multi color one I had. I lined the drawers in some sheet music wrapping paper to go with the "old world" look I was heading towards.  I sealed the top in General Finishes High Performance Top Coat.  Used Wise Owl's Hemp oil wax for bottom and then added a little Annie Sloan white wax around the raised stencil area to highlight the raised edge of the stencil.

I kept this one for me. I always treasure my Oops pieces!  I call her Venus. 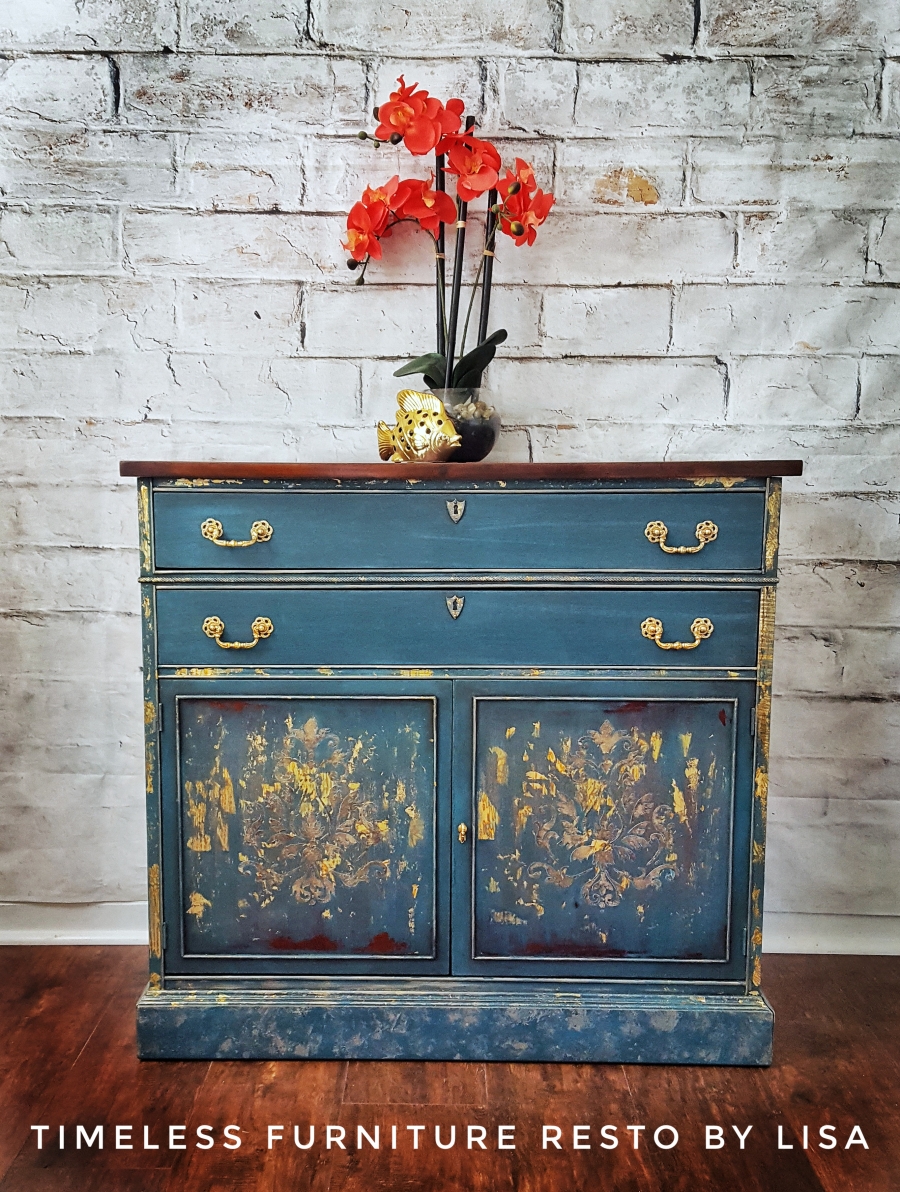 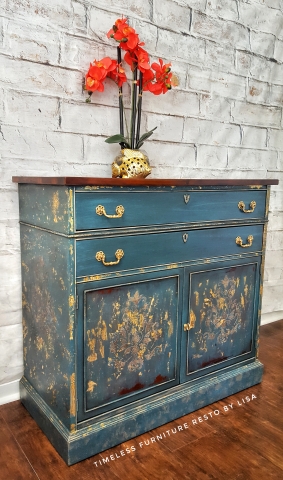 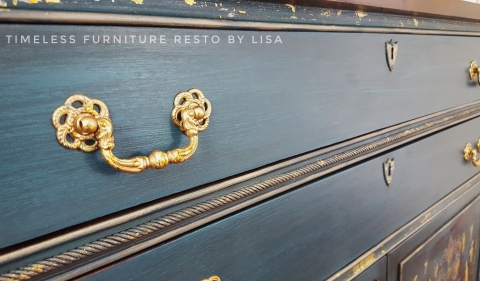 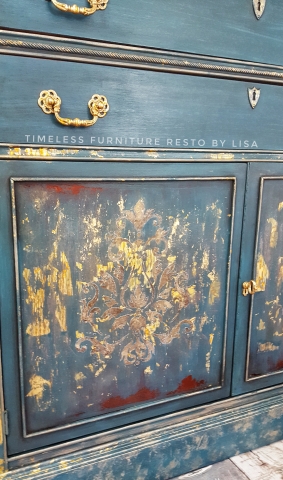 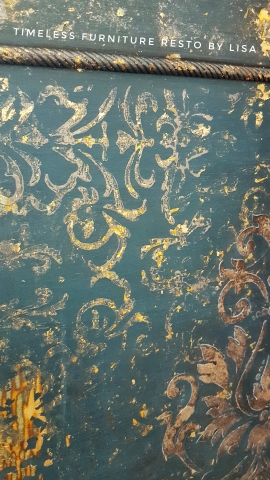 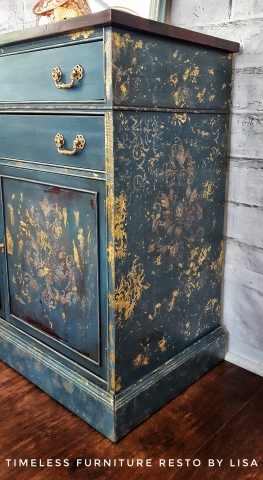 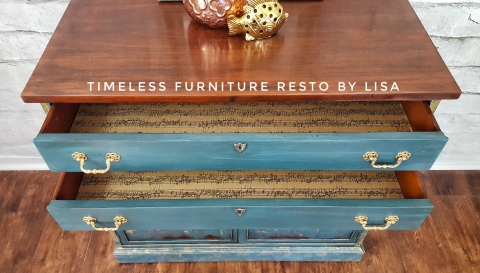 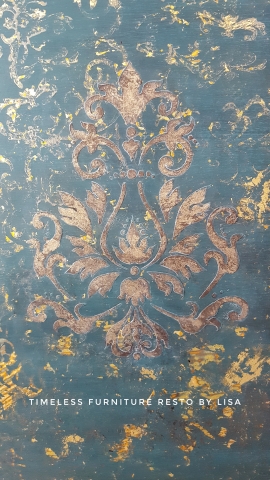 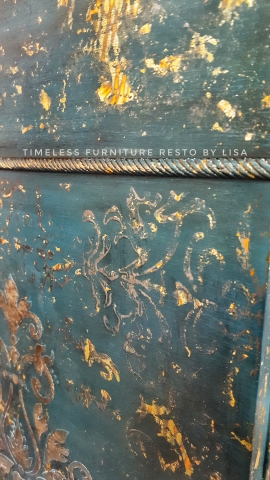 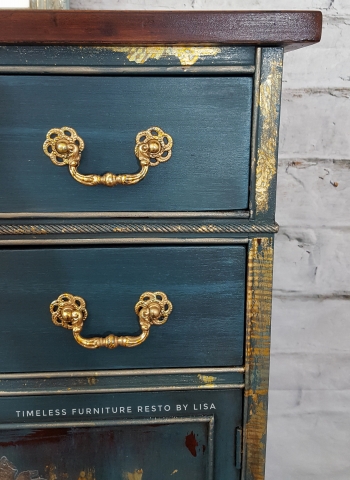