What was I thinking when I bought this piece?!?!  Lol, I figured she had some potential, but didn't realize how much until I was done.  The last layer of paint that you see in the before photo is a blue metallic color!  Yes, blue metallic!!!!!  The next layer below that was a depressing green color!!  The layer below that was the original stain finish - there are no words for the color stain that this piece was done in originally...  I should also say, below the blue layer & on top of the green layer, someone had painted a design in like a puffy paint that was terrible to sand off.  It almost seems as though it's like caulk or something of the sort.  Anyway, once all was said & done with sanding the entire piece, I primed it & had to re-screw the door back onto the piece, as it was defintely coming apart.  I decided to go with General Finishes Seagull Gray Milk Paint on the entire piece & General Finishes Snow White Milk Paint for the accents on the top part of the cabinet.  Next I sealed it wtih General Finishes Satin top coat & then antiqued the entire piece in General Finishes Pitch Black Glaze Effects.  Finally, it was sealed with 2 coats of General Finishes Satin top coat.  New hardware was added for a modern look.  Definitely went from DRAB to FAB :) 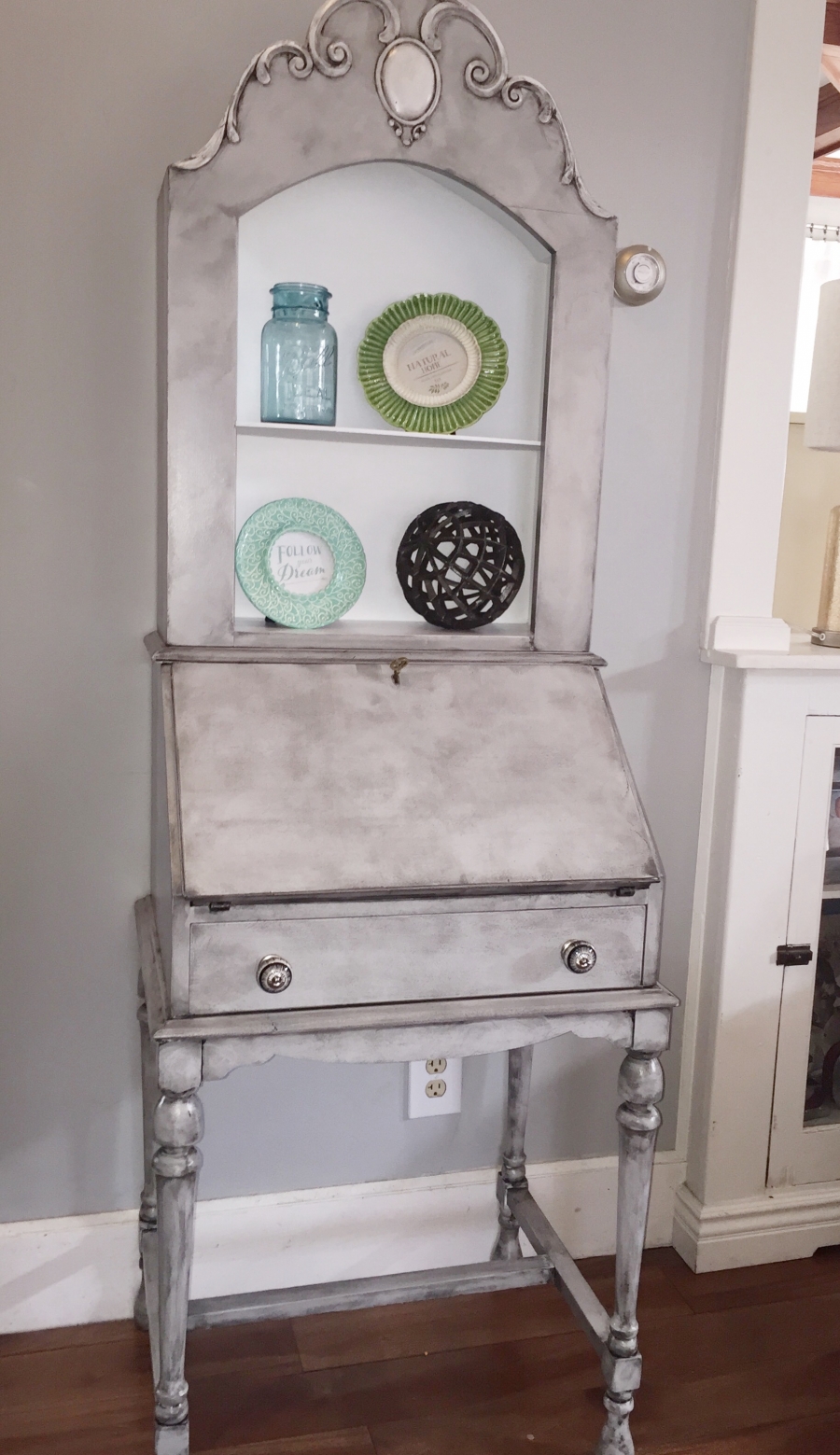 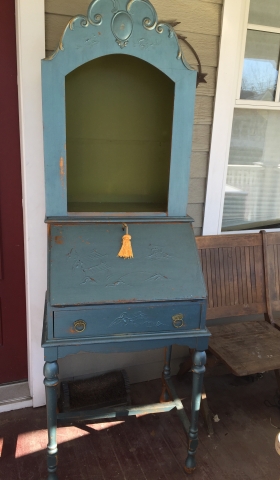 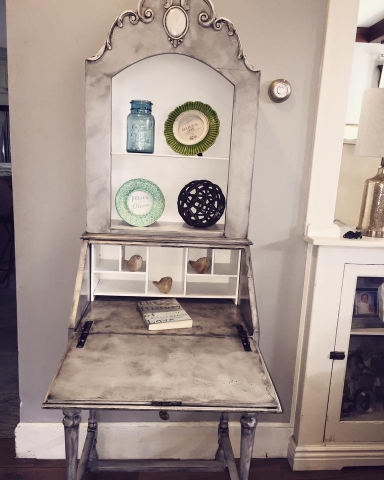 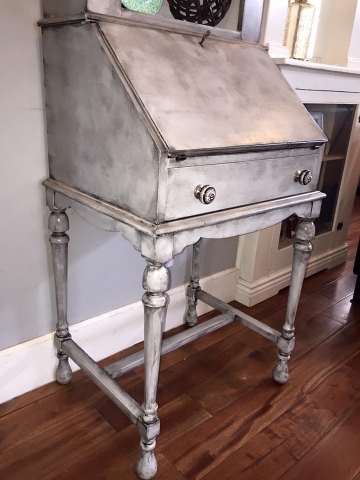 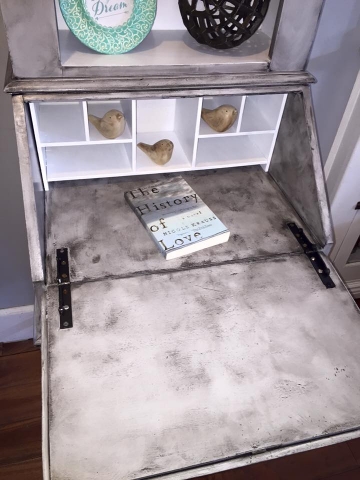 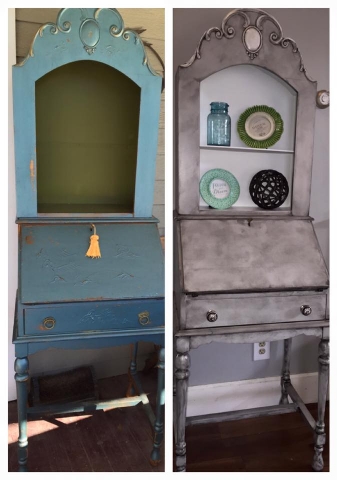