A great couple bought a coffee table of mine. They mentioned they were looking for BIG nightstands. Mr. was intrigued by an unpainted Bombay Chest I had. "Two of those would be great!" He said. A tough order finding two I thought. Two months later I spotted one. It wasn't a perfect match but very similar. I sent the pics to my Mr and Mrs and waited to hear their thoughts. They were ok with eclectic but as Mrs said, "we're not weren't sure we like the wings on the side". I agreed and then looked closer. The two Chests did match! The new one I second Chest had the drawers in the the wrong cubbies!

The second Bombay Chest was purchased, delivered to my studio where I re-arranged the drawers and began the process of custom painting them. Mrs requested a galvanized finish with a touch of the ocean. 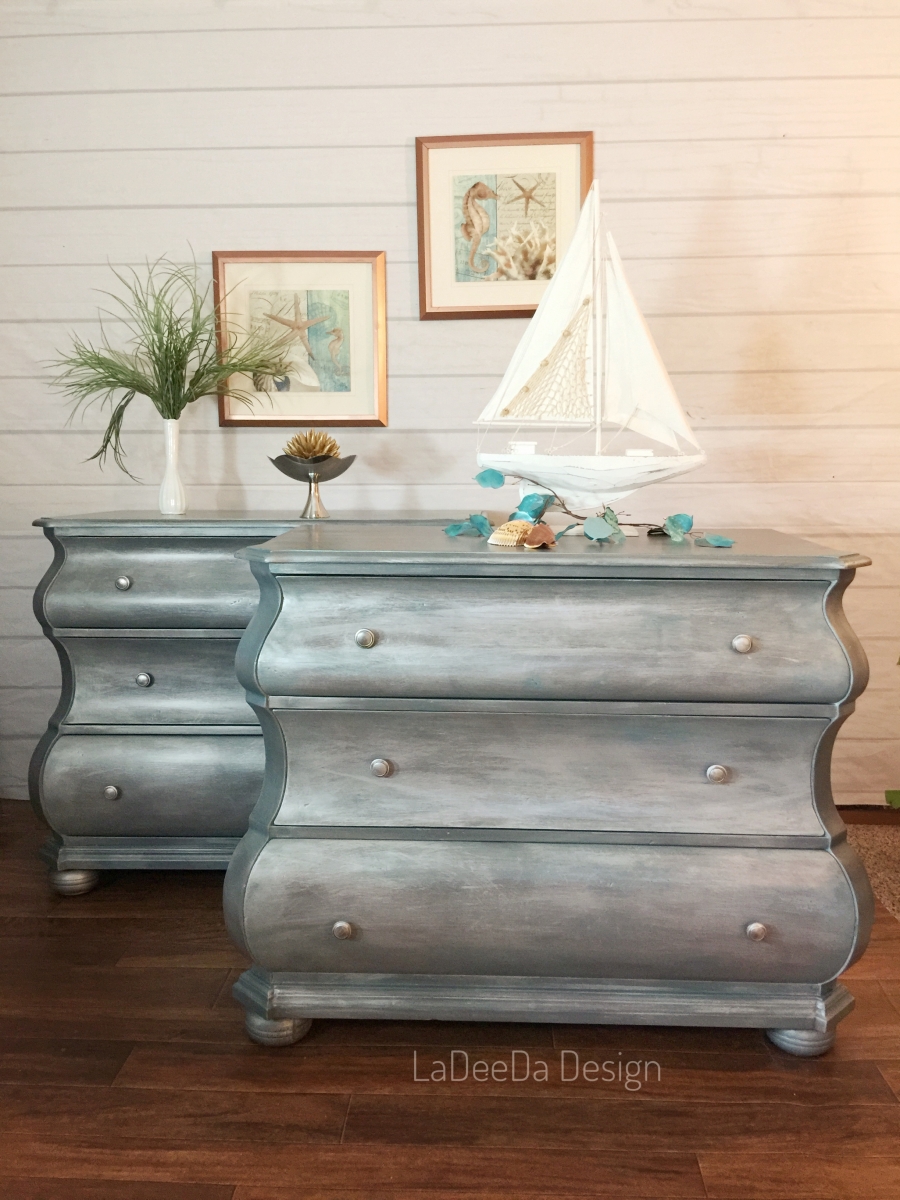 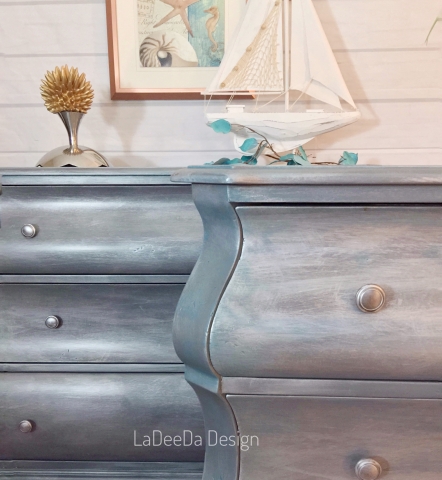 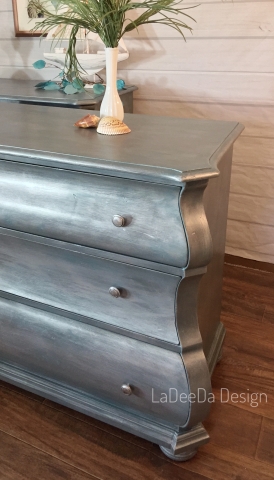 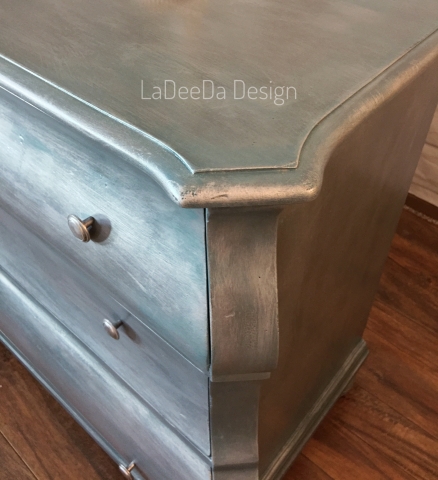 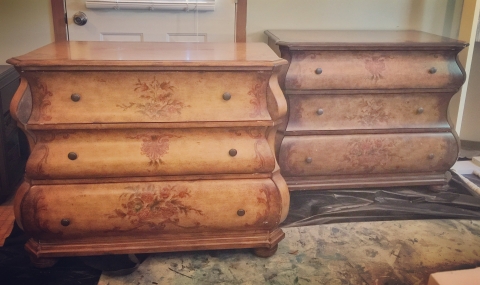