I bought this bureau from a friend of a friend. It had been his grandmother's and was passed down to him after she passed away. He'd recently moved to my area and while moving to a new place, this was stored at a buddy's house, but got left out in the rain. It suffered from water damage and somehow, a broken toe on one of claw feet. He'd given it up as a lost cause. I promised to give him first right of refusal after I finished it, since I knew it held sentimental value to him.

I repaired the damaged toe by making a silicone mold of a toe on the undamaged claw. Using small screws into the damaged area for stability, I used bondo in the mold and affixed it to the foot, using painter's tape to hold it in place until set. A little sanding and the claw was complete. What water damaged veneer I could save, I did. Other areas were stripped and patched with bondo, sanded smooth. I sanded the entire piece and because it's mahogany, used an oil based primer to prevent tannin bleed.

I used a metallic paint from PPG, called Mediterranean sea on the body, Folk Art black on the top and on the ball of the claw feet. I top coated with one coat of HPTC, then applied the GF Pearl Effects in Bronze to the body and feet. Everything was then topcoated with three coats of HPTC in satin sheen. The hardware got a good cleaning and then I used Inca Gold metallic gloss paint in Haematite rubbed on for an antiquing effect.

I sent pictures to the seller who ended up buying it back from me for time & materials. I probably could've sold it for a good penny, but I did the right thing. When I delivered it to him, he hugged me and cried. And, that's why I paint. 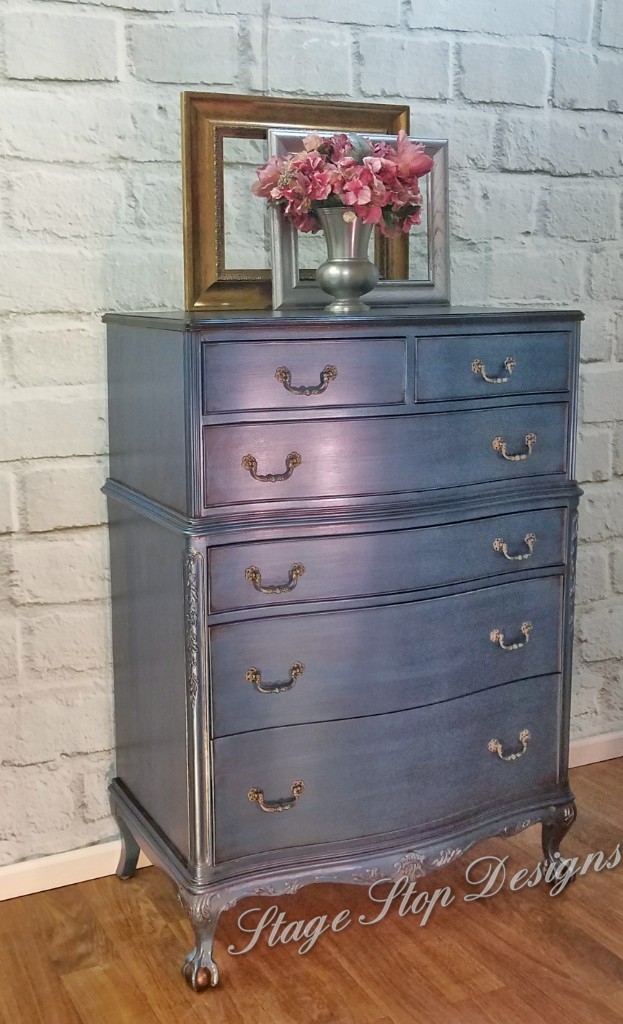 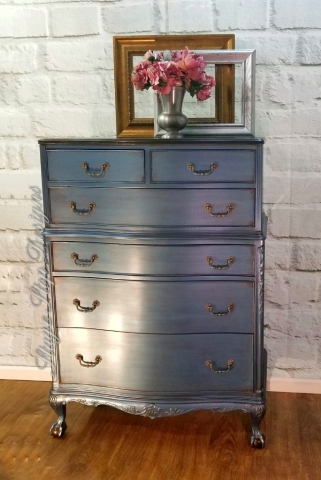 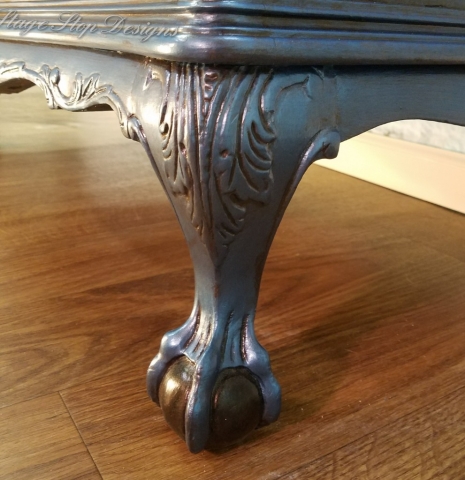 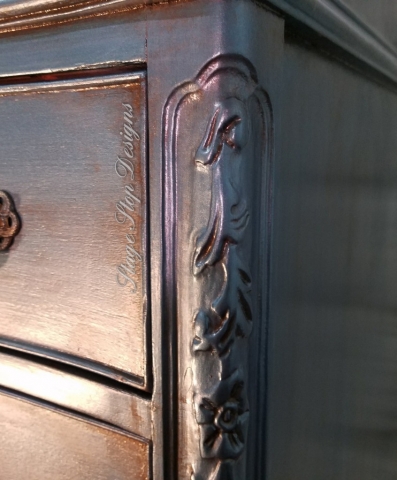 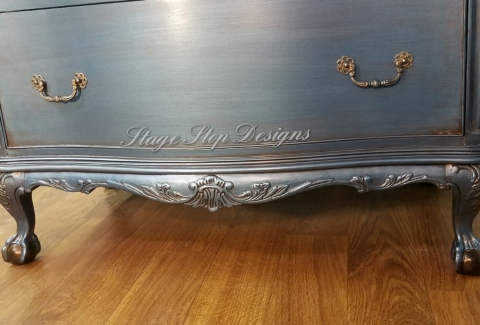 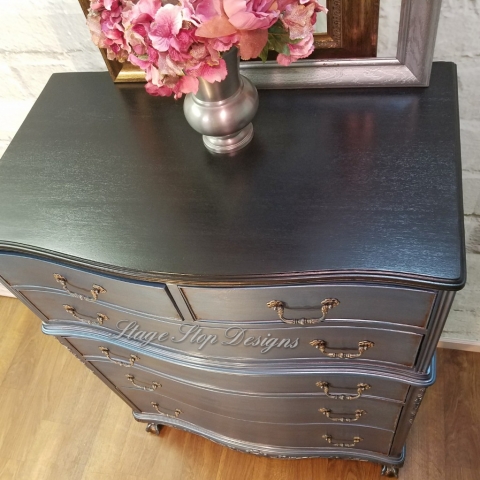 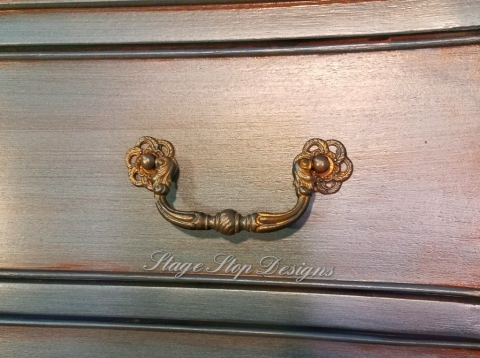 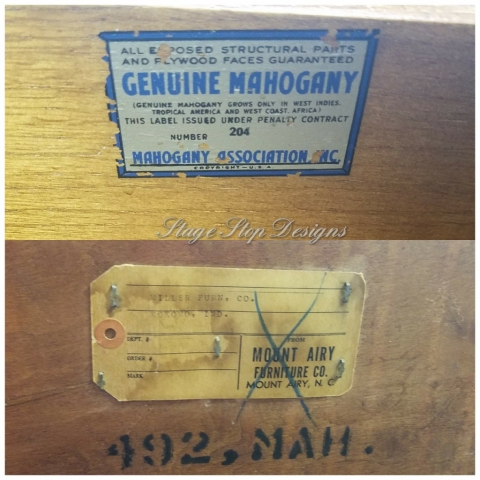 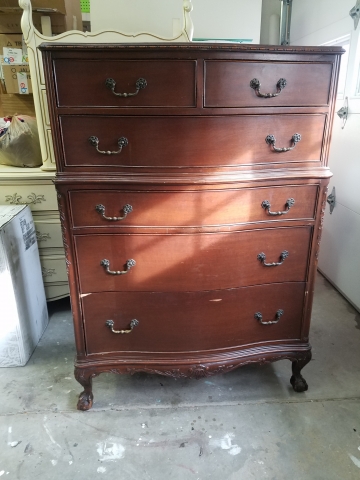