General Finishes to the Rescue

Ambered oak cabinets and Barbara's dimemma--whether or not to replace her beloved tile backsplash if a finish can't be found to compliment it. General Finishes Milk Paint & Glazes to the rescue!! In order to keep the backsplash as the focal point in the room full of wood cabinets & woodwork in a u-shape with an island in the middle I had to blend Antique White and Linen 1:4.  Then overglaze with 1:1 Yellow Ochre & Van Dyke Brown.  Yet not so simple- the walls were painted & glazed several years ago & the glaze was a reddish-brown tone & simply glazing the cabinet a golden brown was blending & not adding a new layer.  I've seen furniture at Restoration Hardware & Pier One having a bleached, weathered cream tone, but 'slicked' up/ polished.  I bought an oak door at the ReStore having a similar finish to Barbara's cabinet & made a sample that I presented to her & was approved.  I cleaned & primed with Zinssers 1-2-3 then applied 2 coats of Milk Paint & then began glazing & wipe-out.  After a few hours of drying time I began sanding with #220 wanting to leave the glaze in the nook of grain & around the edges.  The cream mixture had to be predominate in order to balance with the backsplash.  After wipe-out glazing on on about 10 doors, out of 30 times 2 (both sides) I tried just leaving the full glaze on & going back & sand when dry.  Oh what a surprise- a way better finish- lucky that I always start on the back side of doors.  After 2 coats of High Performance Satin we had high priced furniture quality cabinets.  In the beginning, prior to starting, I had told Barbara that the island had to be different- a rich & warm piece of furniture breaking up the u-shape & blending with the stained doors, windows & woodwork.  I had not made a sample, thus Barbara had no clue, but thought I would re-stain the island a pecan tone found on the pine/douglas fir woodwork.  Remember that I said I was going to make a piece of furniture look on oak rather than pine/douglas fir.  Also said a warm & rich tone- Antique Walnut Gel Stain fit the bill.  When Barbara first saw the stain on the island she said something like, "Tom, you missed the mark on matching the woodwork."  My response was- you now have an oak furnishing in the kitchen breaking up a monotonous space with out it.  When give 2 coats of High Performance she told me that I was right and loved it.  On numerous previous glaze projects I have used an eggshell sheen acrylic house paint & Faux Effects Aqua Glaze, but could not have gotten this finish.  I'm serious--- General Finishes Milk Paint & Glaze to the rescue. 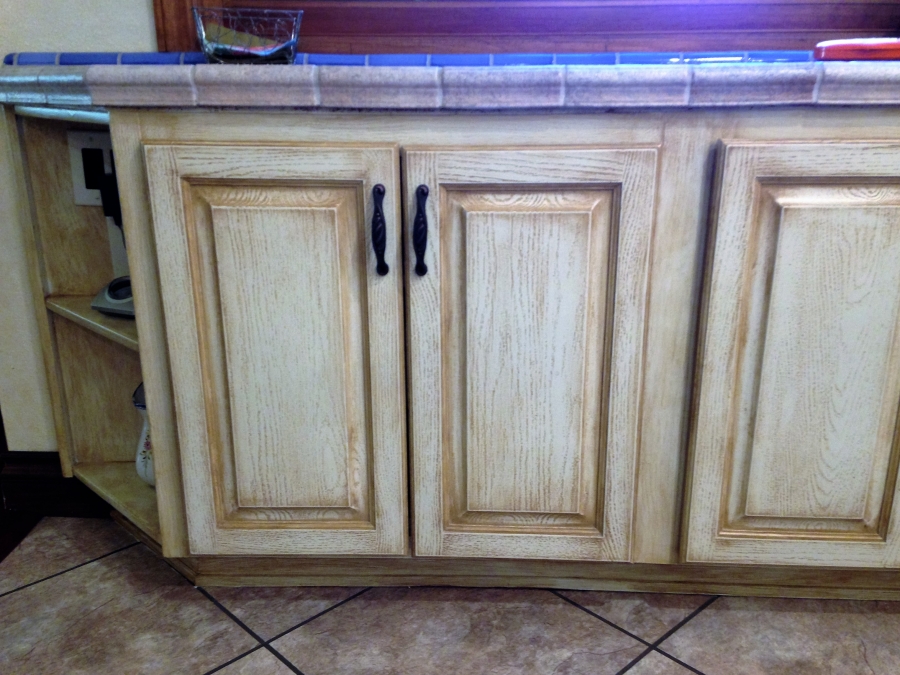 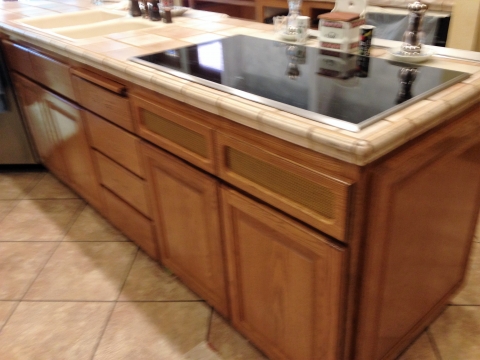 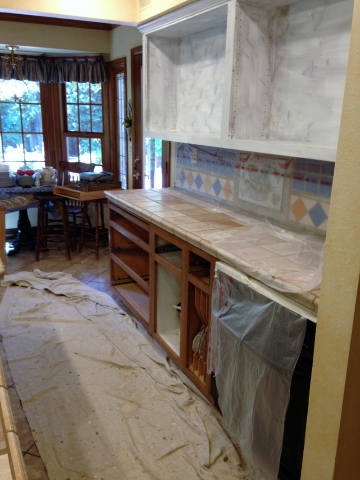 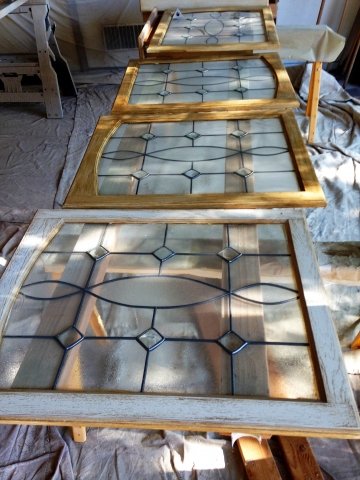 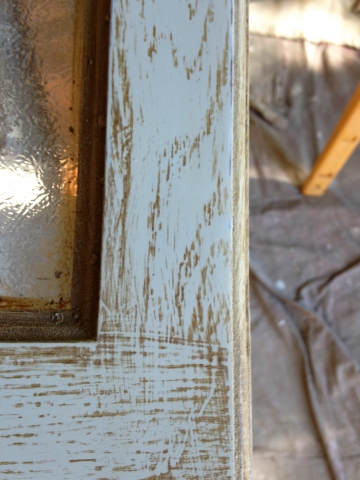 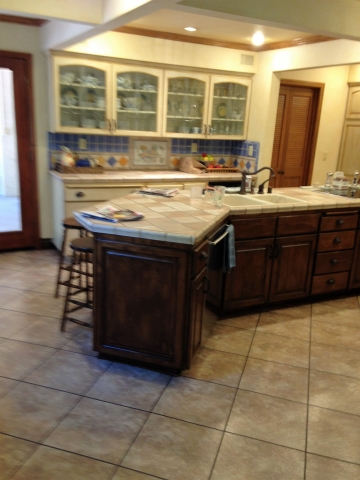