This piece as you can see in the before pictures leaves alot to be desired. They took a very thin sheet of luan and put on top and covered it with a decorative film sheet. the sides were beaten up and pressed wood and the colors were bright green and orange.

We had an inspiration for this piece to bring it back to its french heritage. So we started off by ripping off the top and side of the table, so that we could have a good base to start with. The piece was a little wobbly so we added some support and gave her a good sand down back to her original wood.

We then measured and cut 2 new sides and a back, and attached them using our kreig jig system. She was now strong enough. We then painted the entire piece in General Finishes Linen Milk Paint. For added dimension we used General Finishes Van Dyke Brown Glaze effects to bring out her french features.

We knew we wanted a french inspired top so I drew out a pattern based on one I saw on pinterest of what an orginal pattern would look like. I cut out the pattern using a jig saw and then routed the edges to give some added dimension. We stained the top with General Finishes Java Gel Stain.

Next was to tackle that horrible orange and green drawer. We painted the entire drawer in Linen Milk Paint to match the rest of the piece. But it was quite boring and we wanted a surprise when the drawer was opened so we took some decorative tissue paper and applied it to the inside of the drawer. Gave the hardware a good cleaning and then sprayed them with a bronze coat of paint and reattached.

The entire piece was now ready for its final step. We added several coats of sealer.

The Ugly Duckling was now a beautiful French Swan. We hope that you love our Cinderella story Makeover as much as we do. 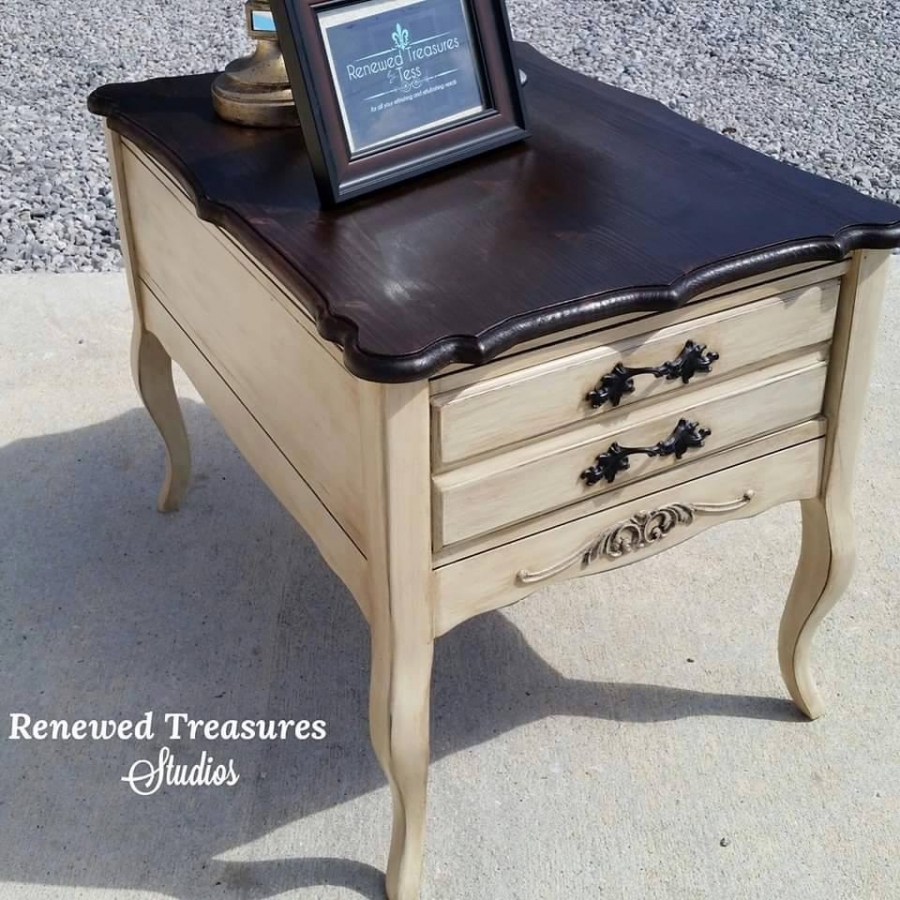 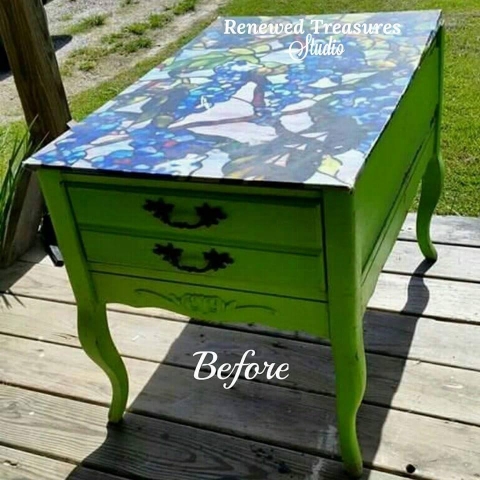 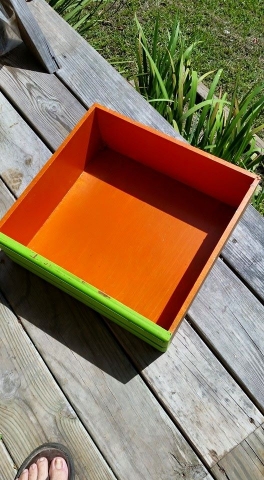 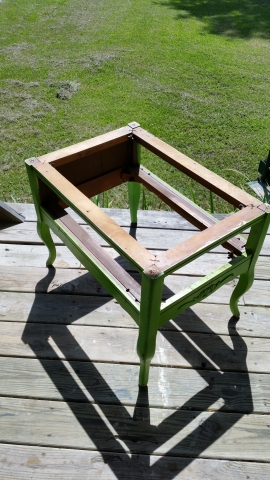 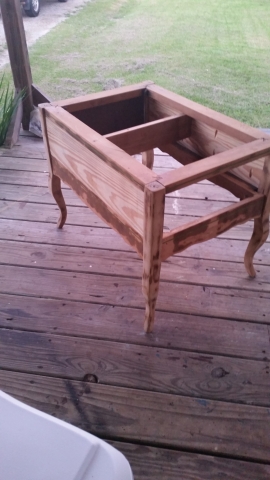 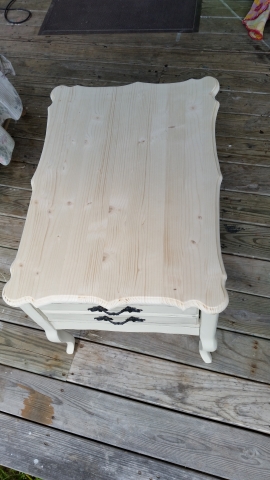 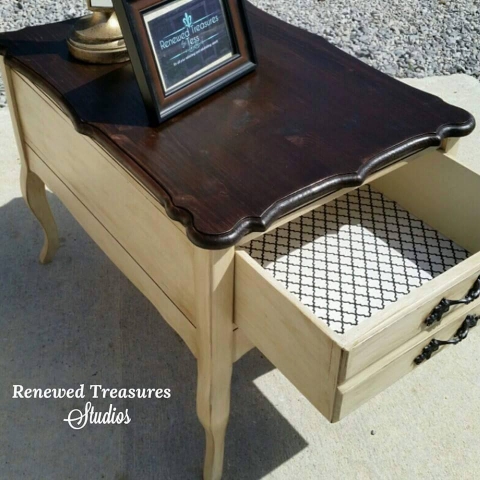 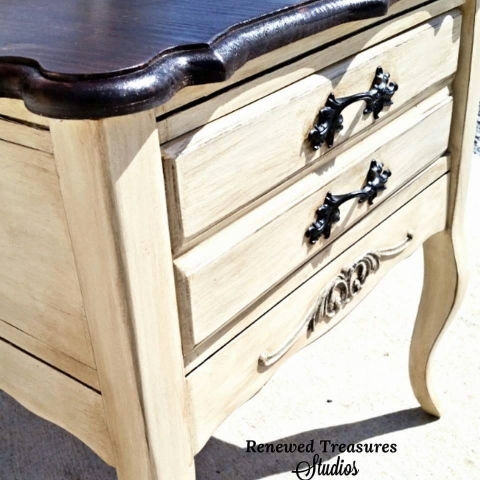 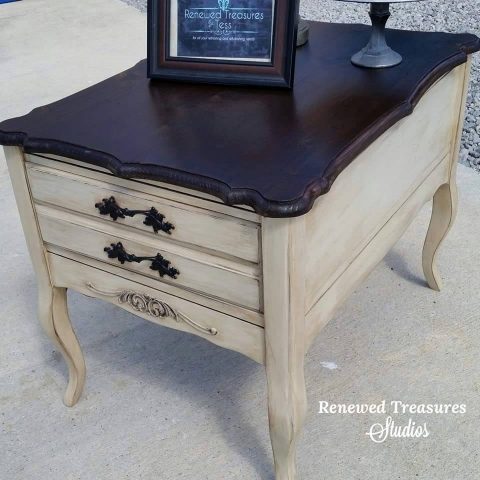 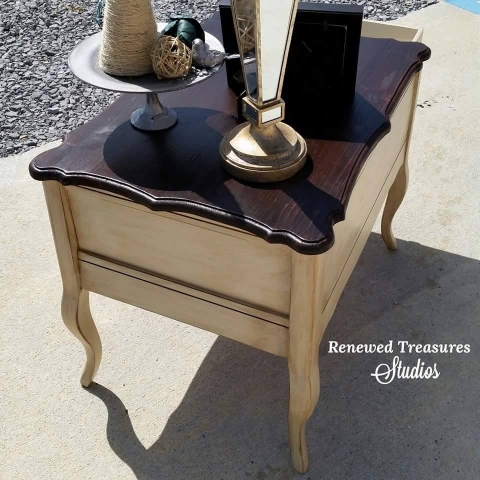