This is certainly a Cinderella story if there ever was one. A friend of mine had been searching for an Empire dresser, I was in a Antique Mall and called her to tell her i found one in not too bad of shape, i checked it out briefly and told her it can be beautiful again. She bought it on my recommendation.

I brought it home, and as i was working and prepping it, I very quickly realized it was a filthy hot mess.

The top right rear had a large bubble in the veneer (I stripped and sanded), the knobs on the drawers were glued AND screwed on, my husband had to pry them off, the hole for the knobs were 2 times the size they needed to be (that's probably why they used glue and screws) and the left back side was separated and wabably, and there was a good size hole in the middle drawer shelf. After all that was fixed, I'm ready for paint.

My friend chose Sherwin Williams White Grape in matte and I mixed it with Paint Minerals, got the first coat on and left to dry over night.

Morning comes and return to my project only to see 2 of the drawer's paint had bled through (a lot!)and there were bleed through in several spots on the dresser itself. Out come's the Zinsser Shellac , i spray all he bad spots ,let that dry well, and continue on with no more bleed through.

I had found some new pretty knob's and of course they didn't fit properly because of the holes are extra large. I had to get 1 & 1/2 inch new screw's 2 nut's and a large washer for each knob.

I nearly tossed this dresser in the alley twice, but i powered through. (Not without frustration!) This entire project was one step forward and two steps back, but in the end all that really matters is that my friend love's it! 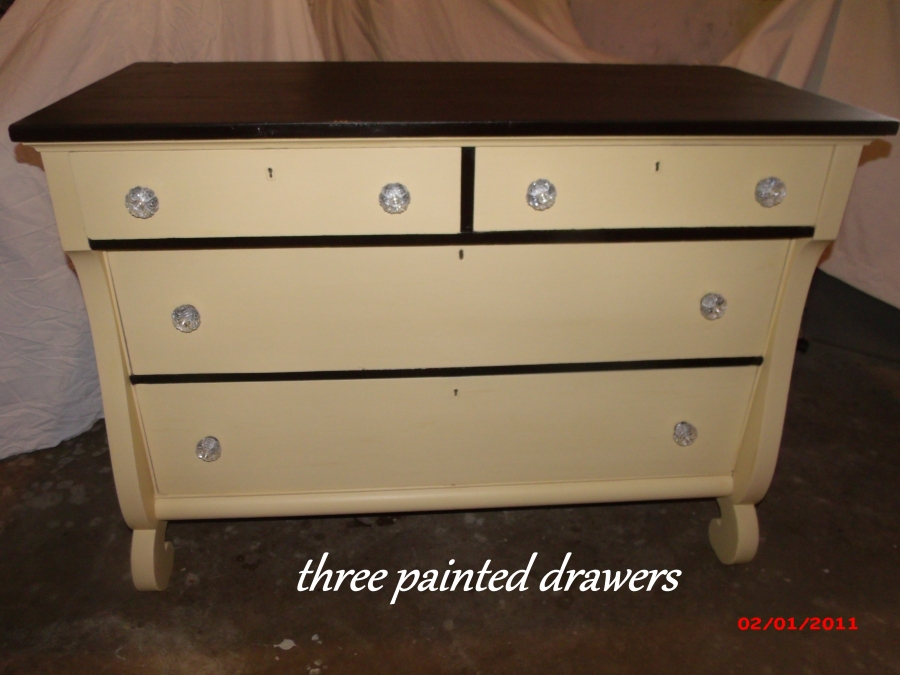 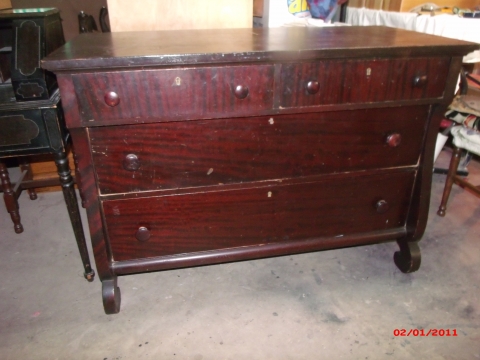 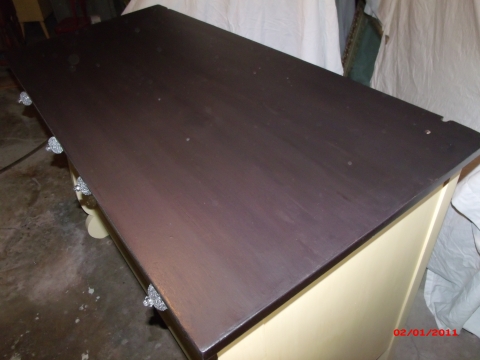 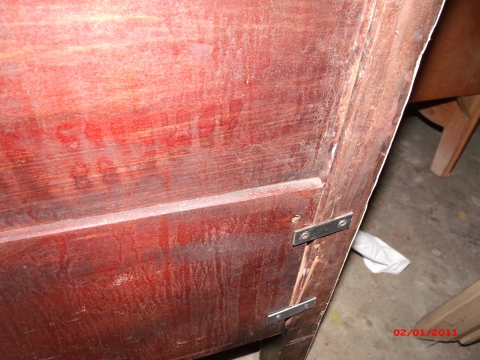 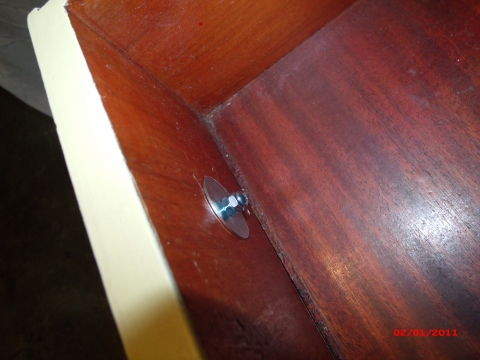 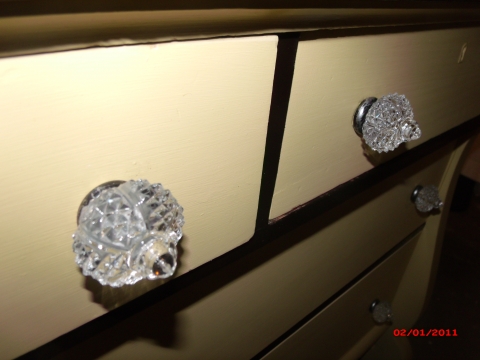