This Colonial Philadelphia Low Back Settee is an exact replica of what you would see in Independence Hall.  The bench was finished using all General Finishes Products and this is how it was done. First, I used General Finishes Milk Paint matched to a Sherwin Williams Color called Anonymous.  It is a color that tends to look a bit gray. This color was sprayed and two get the depth needed for this distressed finish, two quarts of paint were used. Between each coat, the paint was rubbed back which allowed the coats of paint to be a bit higher in some places, creating the look of mulitple coats of paint over many years. Once the first color was the way I wanted it, I sprayed a coat of General Finishes Exterior in Flat.  Next up was the primary color. This color was matched to Sherwin Williams Urbane Bronze. It is a color that is not quite gray, not quite brown and not quite green, but it is a very period color for a bench of this type. The primary color was sprayed and then it was hand rubbed back to see the rubbing that had been previously done, creating a three layered effect. It was then sprayed again and a second rubbing was undertaken. Once dry, the bench seat was sanded with 500 grit sandpaper. At this point, three coats of General Finishes Exterior 450 in flat was used. The final step was to use some rubbing wool and rub out the seat so it had a bit of patina to it, then it was off to its rightful place on the front porch. 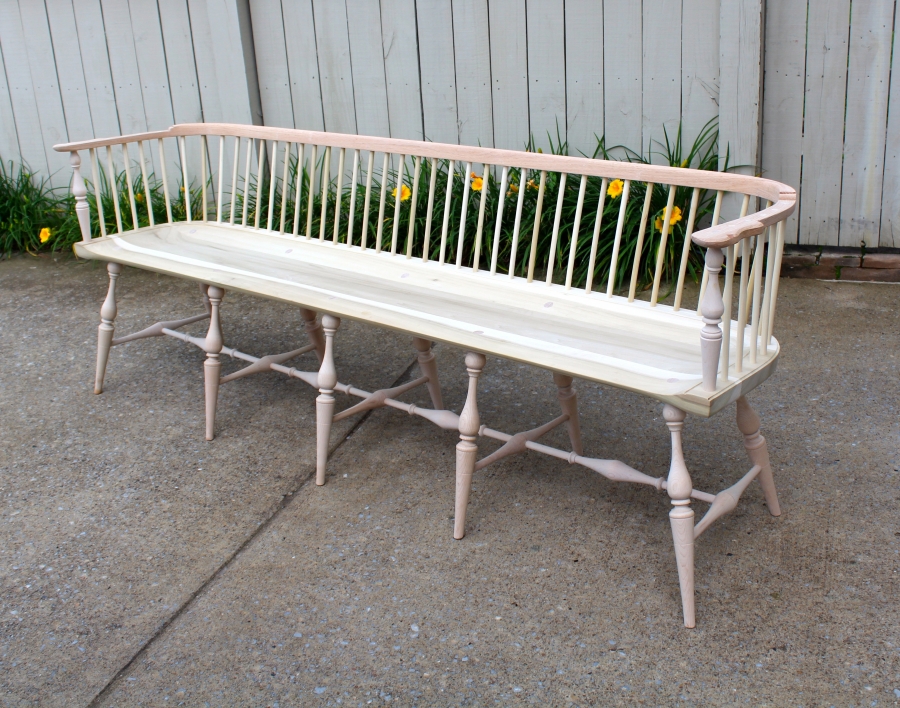 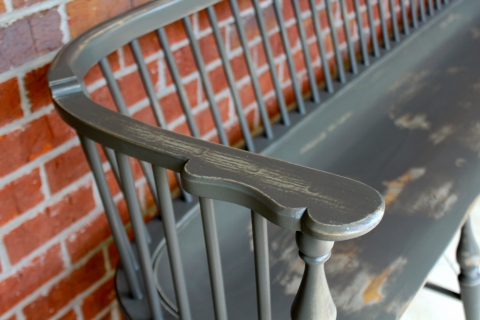 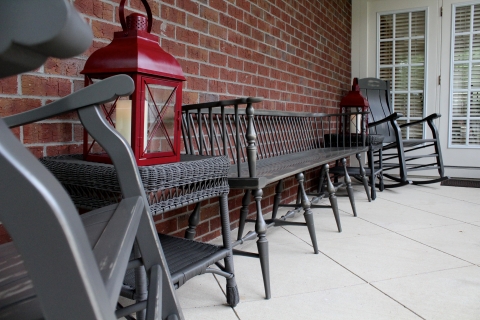