By Devin Richter in Imperial, MO.

The wood used for this project began in Seattle Washington two years ago at a place called Ballard Re-use. There were stacks of this beautiful butcher block style wood that had my name written all over them. It was 16" wide and roughly 1 1/2" thick. I had to ask of course where they came from. The employee said that they came from Boeing airplane crates used to carry heavy parts used on their aircraft. The crates were also constructed with 4x4 posts made with a beautiful rare (to me) wood that I am unsure of. I purchased enough for the top, base and an additional bench I still need to make. I used West Systems epoxy to fill in the cracks, voids, and bolt holes in the top.  After flattening the top, it's final thickness is 1 1/4". This entire table was made from the Boeing pallet/crate, except the breadboard ends and the walnut strips on the sides. Then the finishing process took place. I used Arm-r-seal semi gloss to add protection while maintaining that crisp wood look. In total, I applied six coats on the top, and three coats on the base. Once the finish dried, I attached the top using 3" lag bolts. 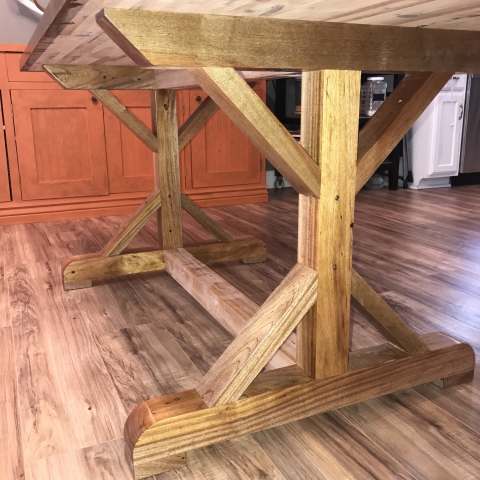 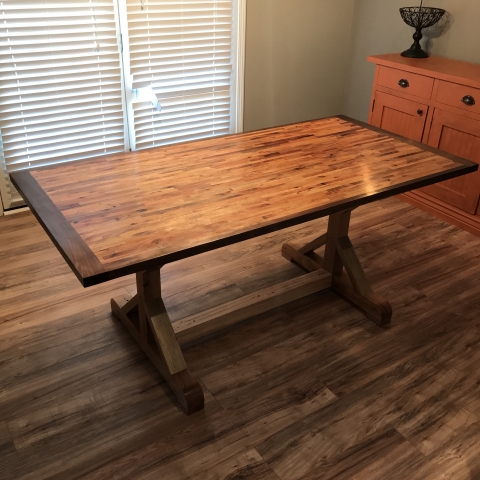 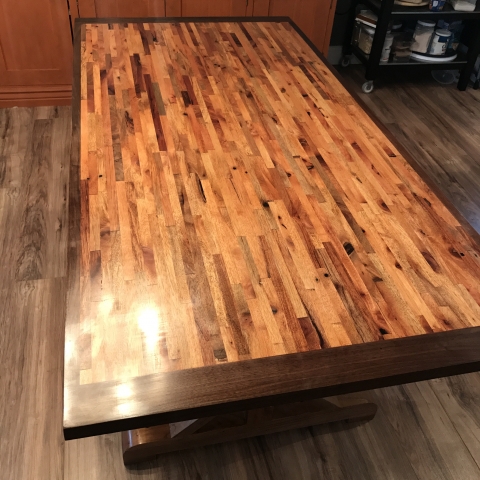