By James and Brenda Hess, Owners at Rundown Rustics in Riverton, UT.

When we found this piece it had already been converted from a 1950's television console into a dresser.  We thought it had great bones, but, a drawer was missing so we decided to convert it into a cubbie.  After adding some beadboard for interest, the cubbie got a pop of color using a custom mix of patina green as the base.  We love Snow White on mid century furniture because it is crisp and clean.  Several coats of color inside and out followed by our favorite top coat High Performance Poly in Satin.  This piece is ready to be used as an entry console, tv console or even a dresser. 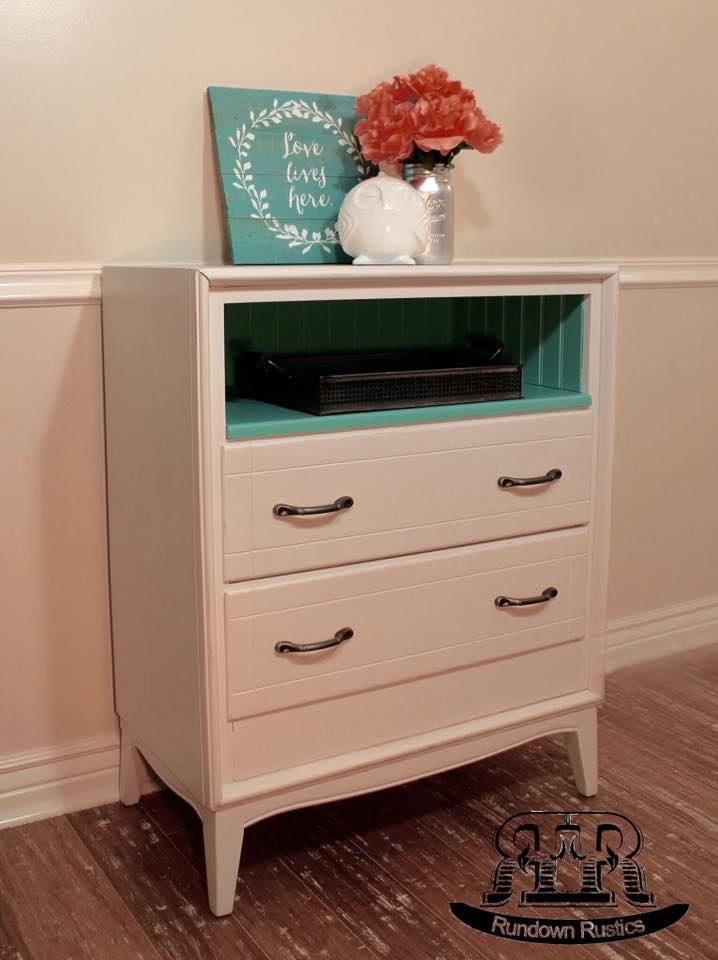 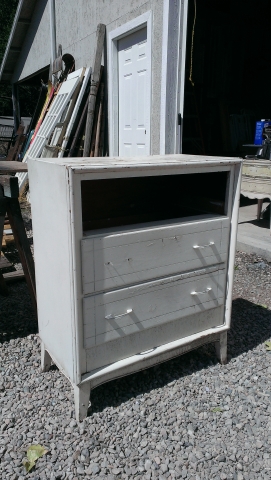 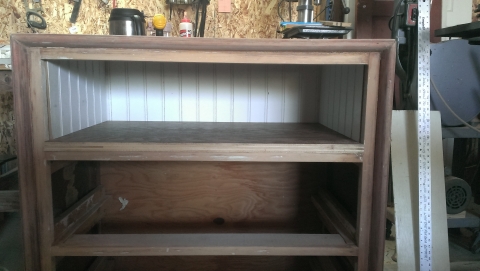 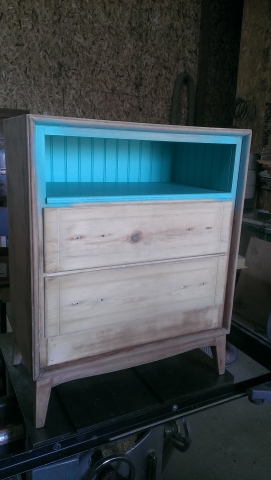