The old radiogram had been entrusted ino my hands by a lovely lady after her children wanted to throw it into a skip. The radiogram had held huge sentimental value for this lady as it had been purchased by her late father in 1948. Given the importance of it to this , she decied to pass it into my care to have it repurpopsed rather than see it throw out. She insisted on keeping the external look unchanged but also wanted to give it a new purpose in her house. The internal mechanism of the old radiogram no longer worked given the passage of time, however the light at the radio panel stil operated. I started from carefuly removing all the radio parts and cleaning very thouroughly as there was a huge accumulation of old dust and grime. Then I used a multitool cutter to cut out the front panel of the radiogram to turn it into a door. This was the most nerve wrecking part for me as I did not want to damage any of the veneer. Next, new hindges were instaled and 3 new shelves were added to inside of the cabinet. In keeping the 'classic look', the inside of the cabinet was painted black using 'General Finishes Lamp Black' paint. The next step was to remove all the old and cracked french polish from the exterior. This was done using a hand scraper and a bit of carefully applied elbow greese to ensure that the veneer went undamaged. I then lightly applied oak wood stain to deepen the colour and finished off using GF satin varnish. The finishing touch was to install the LED lights inside the cabinet so they could be visible through the old radio panel. My customer was extremely pleased with the transformation and said that now her children will be fighting each for ownership of "that lovely little cabinet". 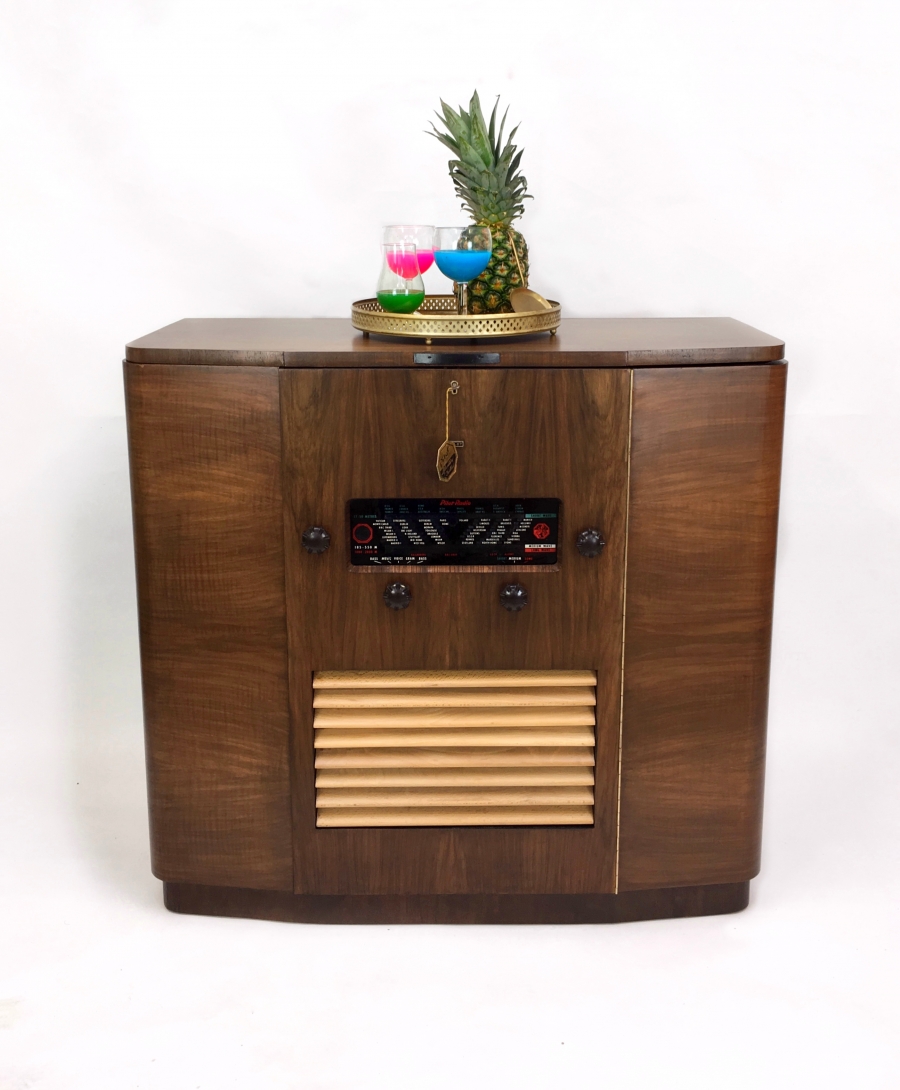 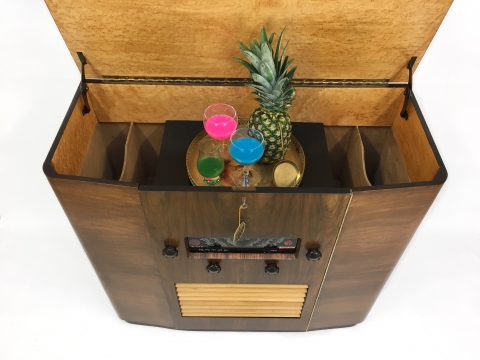 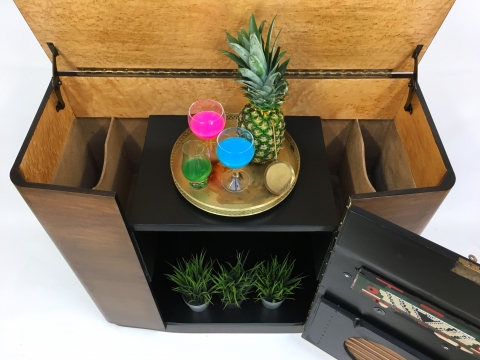 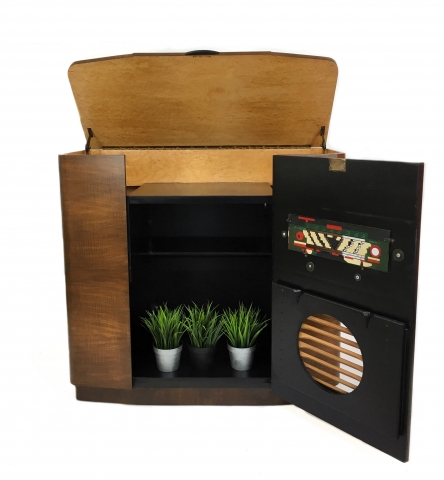 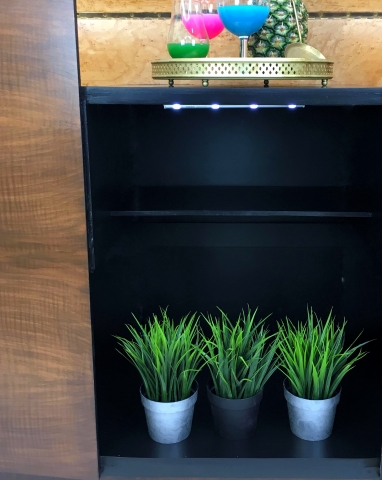 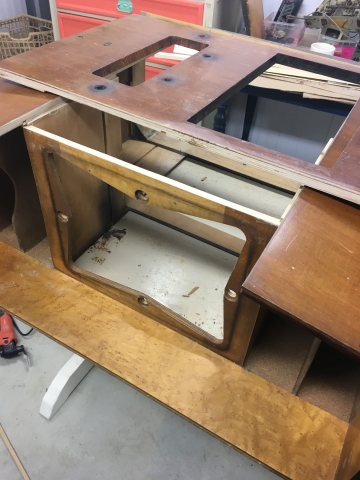 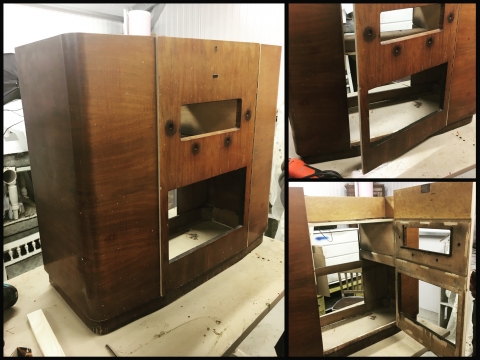 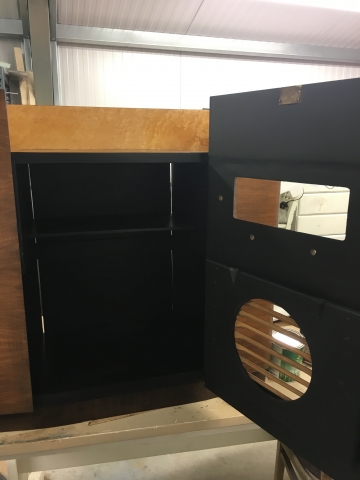 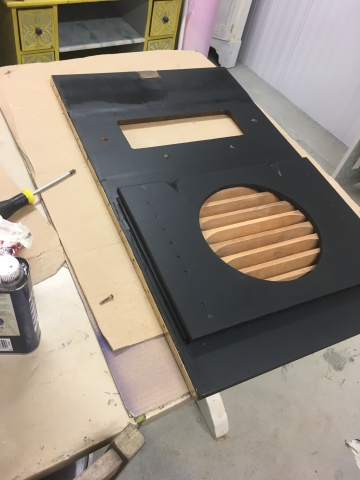