This was my first large scale woodworking project. The bar was installed the second week of July 2018 into Hamilton's Steakhouse in Asheboro, NC.

The customer wanted a 11'-6" x 9'-0" 23" wide "L" shaped satin finish, rustic bar for the new lounge in their restaurant.  With the bar being installed into a restaurant, it was very important to use only low VOC products, which required building most of the bar off site and assembling in place only during hours when the restaurant was not open to the public.

Two inch thick, twelve foot long, old-growth, circle sawn white oak beams were used to create the bar tops which were cut down to normalize the twists/flatness.  The beams were initially paired together in sets of two during glue-up. Joints between beams were maintained by first prepping for #20 plate jointer biscuits every six to eight inches using a Porter Cable model 556 plate jointer and Titebond III waterproof wood glue.

A process of selective planning was used in an effort to keep some of the circle saw marks using a Jet model JJ-6 jointer with Amana CTP-110 carbide tipped jointer knives.  A final thickness of 1.75" was achieved off site using a 36" wide commercial thickness planer.

The customer requested a "clear wood filler" to fill voids in the wood to enable ease of cleaning while highlighting the natural wood character.  This was achieved by using Art 'n Glow casting and coating epoxy resin.  The clarity of the cured casting resin made it possible to still see deep into knots, voids and cracks within the bar surface.

Selective sanding to the bar top was achieved using Klingspors series PS73 sanding discs down to a 240grit.  The bar was then cut to final length using a Kreg Accu-Cut with a thin kerf carbide tipped blade.

The remaining bar was built as follows:  The fascia boards were made from circle sawn, red oak boards which were rough sanded to 120 grit in order to maintain the character of the wood in its rough state. Plywood shelving panels were face-framed with walnut and cut to size using a combination of Kreg Accu-Rip and Accu-Cut.  Secondary surfaces behind the bar were painted dark, charcoal black to hide them from the customers primary visual focal point, being the bar surface.

The owners selected General Finishes water based stain for the finish in Brown Mahogany.  Enduro Extender was used to enable additional work time on a surface this large.

After the stain had thoroughly dried, three coats of General Finishes High Performance Water Based Top Coat (Satin) was applied with a Critter model 22032 118SG siphon sprayer.  This sprayer proved challenging in the North Carolina summer heat.  It worked well on smaller surface areas; however, the finish was drying as fast as being applied on the larger surface of the bar. A light hand sanding was applied between each coat using 3M brand 320grit Sandblaster Pro sandpaper.

It was my first experience with water based stains and polycoats, which was not without some learning pains.  In the end, I learned a great deal with this project, finding it interesting to explore new tools and finishes I had not previously encountered, some of which will now gain regular use in my shop. 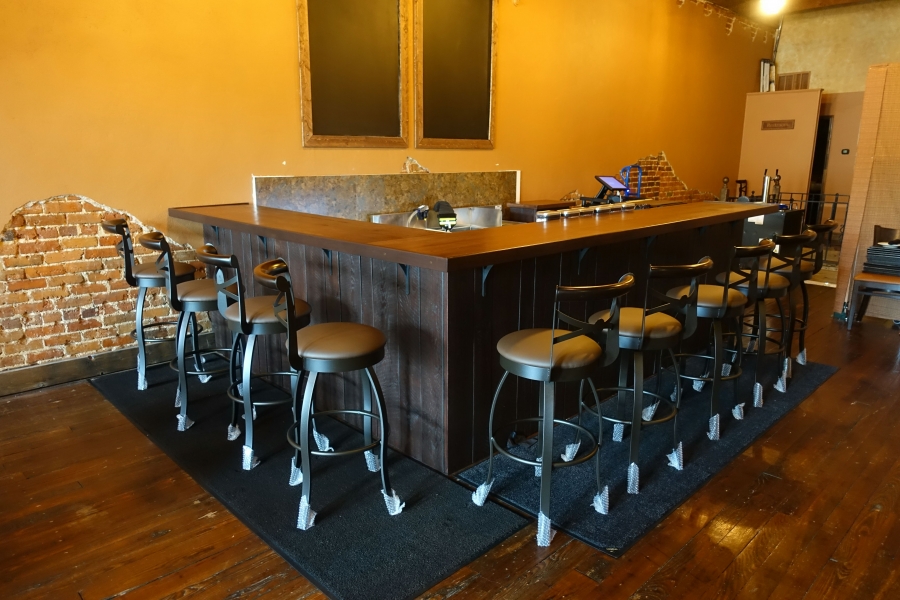 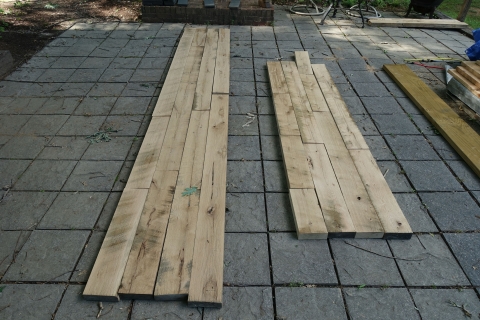 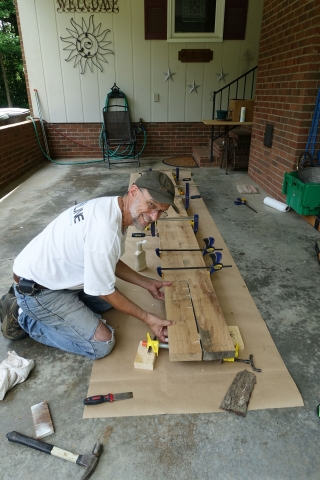 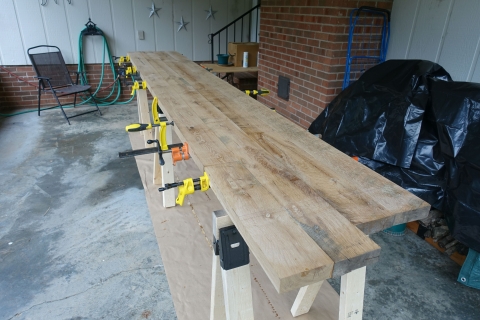 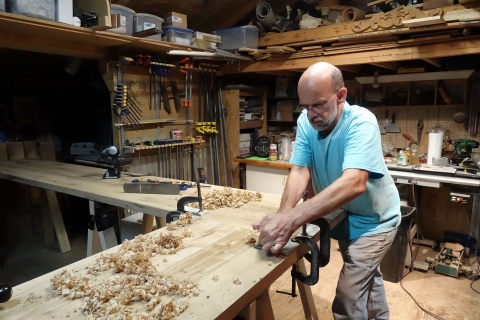 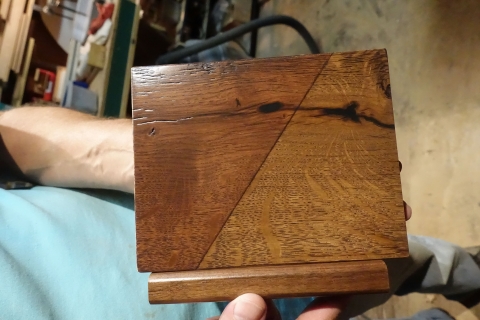 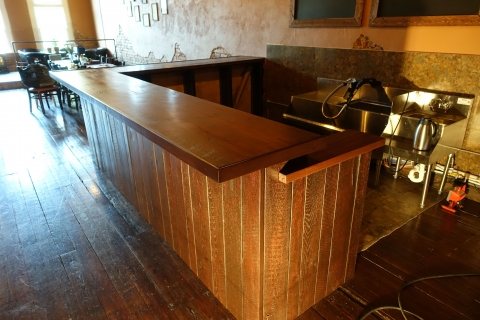 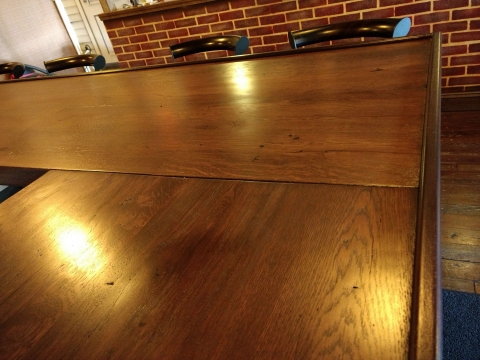