When I asked my husband to load this dresser in his truck, he tried to talk me out of it! No one else saw the potential hiding under the layers upon layers of latex paint, which is probably why it was in the donation pile. She has all of her original hardware, and working wooden wheels.

During the stripping process, I noticed the beautiful grain pattern coming through on each side, the drawer fronts, and the top. I also noticed a faint stencil pattern on the top drawer fronts, which I duplicated using Michelle Nicole's Artistic Vivations in Athena and Unicorn SPiT in Rustic Reality. I painted the frame with full strength Unicorn SPiT in Rustic Reality, with some Athena mixed in for added sheen. I diluted the Rustic Reality at a 10:1 ratio and stained the drawer fronts, sides, and top, which resulted in a richer tone. I still thought something was missing, so I started experimenting with tracing the individual grain patterns with a small shading brush and diluted Unicorn SPiT in Navajo Jewel. I loved the effect so much, I decided to add Blue Thunder and Poseidon to the mix, which resulted in the lovely color scheme reminiscent of peacock feathers. The carved design on the top was enhanced using Artistic Vivations in Poseidon and Athena to give it a metallic look. I sealed the entire piece with tung oil, giving it a darker tone. Stops were added to the drawers for a uniform appearance, and they were also waxed to slide easier. As some added fun, I decided to paint the sides of the drawers with Blue Thuder and stenciled the quatrefoil pattern with Athena.

This piece was so much fun to work on, and even I was surprised by the beauty hiding under all that paint. It is now our favorite piece we have worked on so far. I can't believe we almost left her behind! 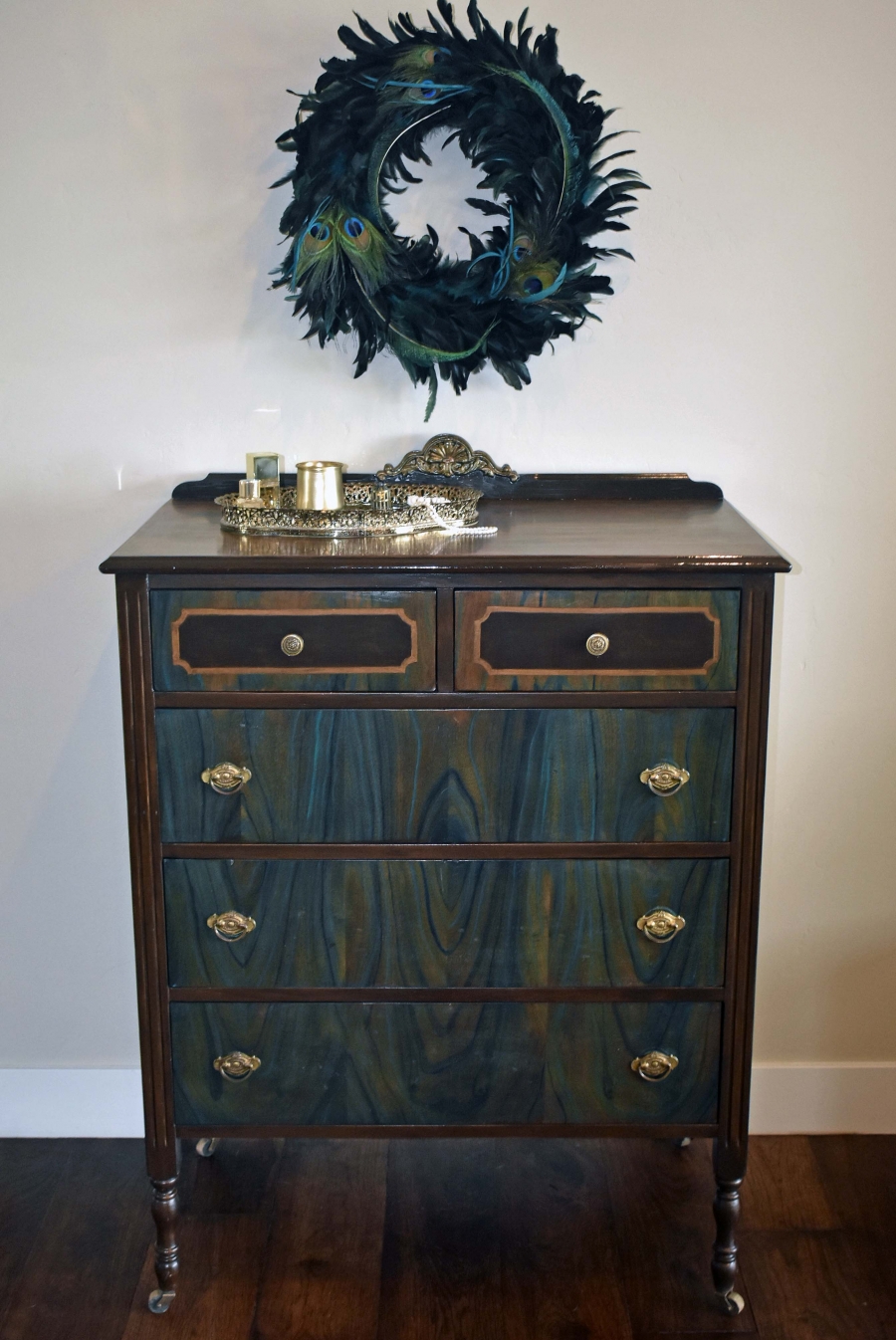 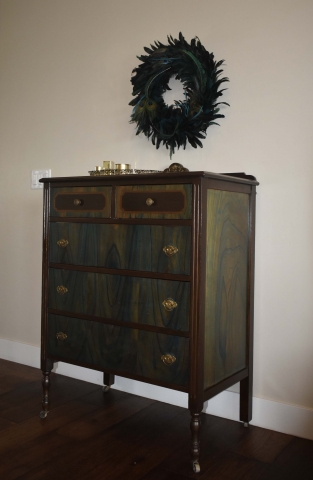 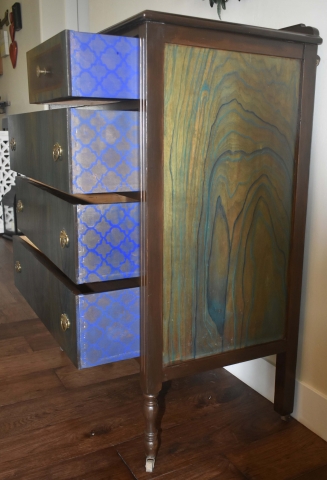