Nearly a 1000 miles away in Montana entire forests are being desecrated by the Mountain Pine Beetle.  The beatle bores into the bark of a tree essentially infecting the tree and eventually killing it.  A result of that infection is the gray streaking found in the beetle kill pine used for this farmhouse table.  When a family friend had the opportunity to go out to Montana to visit his son that was working at a large sawmill he enlisted another friend and his cattle trailer.  Before leaving Montana they picked out a couple trees, watched his son mill them up and loaded them into the cattle trailer for the ride home.  Unfortunately our family friend never lived long enough to use the entire stack of 16' slab as cancer took him prematurely.  After his passing I was lucky enough to take possesion of the remaining stack of beetle kill pine slabs as well as some 4/4 hickory.  To pay homage to a man who lived his life as a rancher, farmer and woodworker I couldn't think of a better project to use this wood for than a farmhouse table.

The table stands at counter height and measures in at 7' long.  This is not your typical DIY farmhouse table.  The only metal in the entire build are the z-clips used to secure the table top to the trestle style base.  Z-clips are used to allow the top to "float" which allows for seasonal wood movement.  The breadboards are a mortise and tennon with drawboard dowels to hold it tight.  The trestle style base is assembled with several mortise and tennon joints as well.

The trestle base is finished with Rustoleum paint and top coated with General Finishes Enduro-Var. 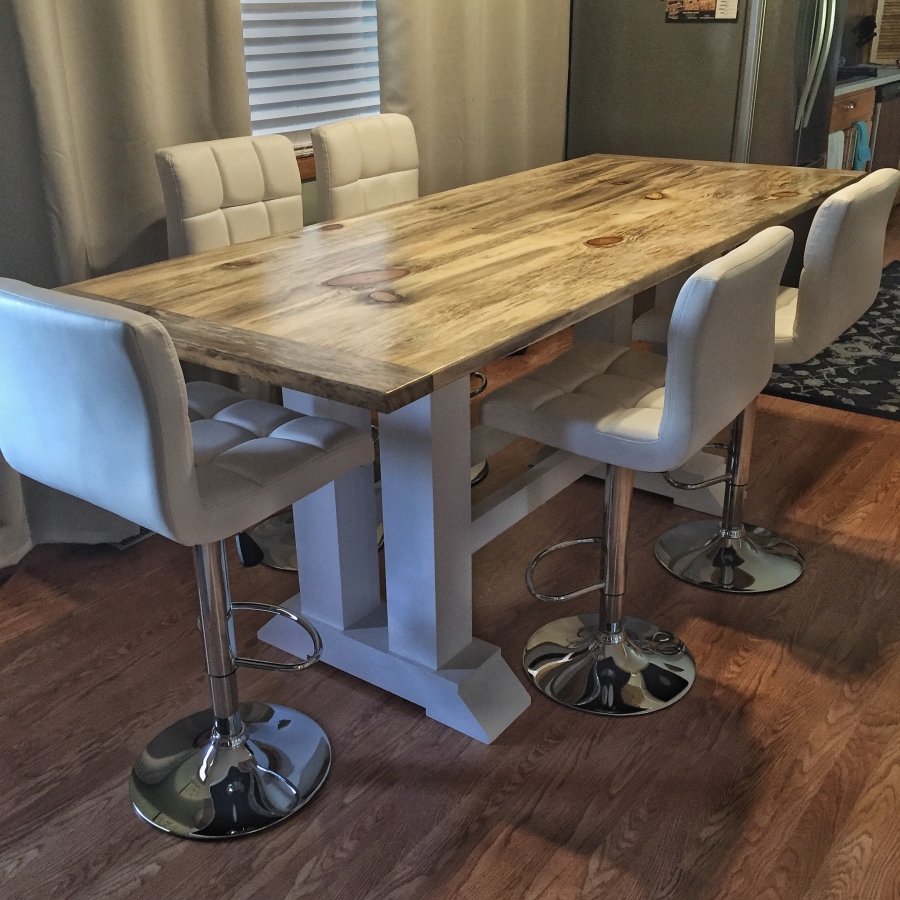 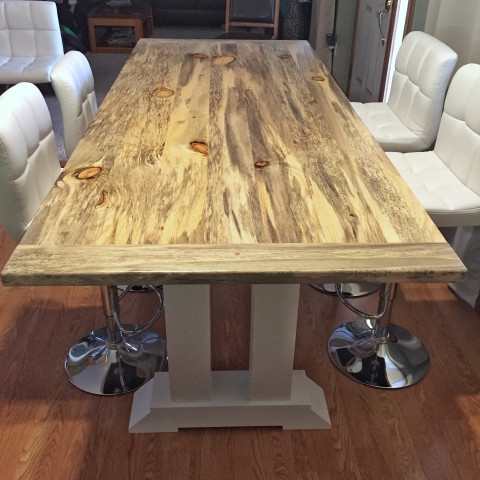 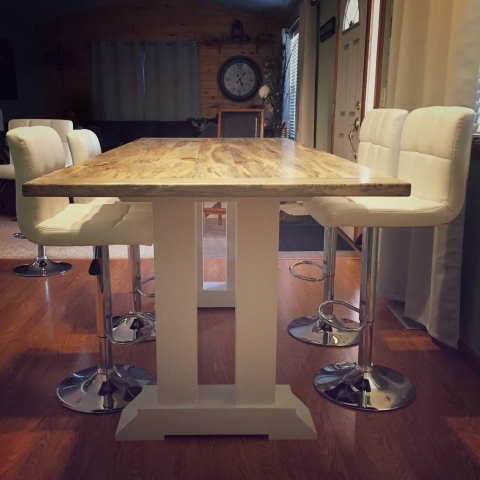 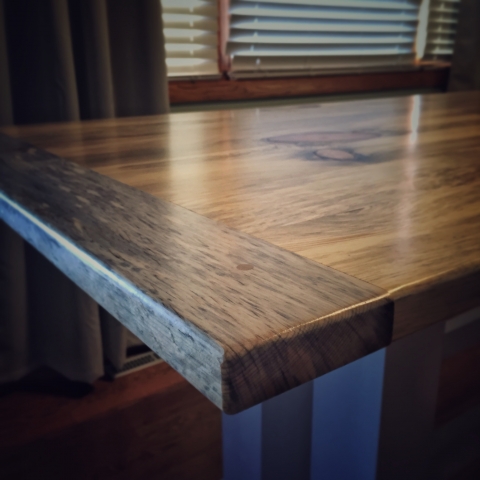