By Paula Basnett in Reidsville, NC.

This vanity came to me in what I thought was fairly good condition. I htought it just needed some TLC. After getting it home I discovered a major issue that I didn't want to tackle. The main support piece between the drawer sections was cracked beyond repair and it was loose.

Enter Hubs with his Sawzall! He cut the center secttion out cutting it as flush as posible to the end pieces. These pieces felt masculine and heavy. I wanted to keep that masculine feel and so did the twins.

Although cutting the pieces apart solved one issue, it raised another. Each piece only had two legs. The solution? I purchased four similar sized legs from Home Depot. I moved the old legs to the baks of the two new sections and added the four new legs to the fronts. Everything was sanded and primed. The two new frames were given two coats of black satin paint.

I am not a plaid person, but the twins asked for it. I purchased two pieces of muted tan and black plaid wallpaper from Ebay. They were adhered to each drawer front with clear wallpaper paste and cut to fit after drying. The twins approved.

The wallpaper paste came into play again. I had some heavy kraft paper which had bold black alphabet letters on it. After it dried it was sprayed with Polycrylic. I thought that step was complete, however, the twins had a complaint. The kraft paper didn't match the wallpaper. Picky, picky. I mixed up some black acrylic paint (3 parts paint to 1 part water) and washied it over the kraft paper. It toned down the kraft paper and matched the wallpaper perfectly! Another coat of Polycrylic protected the wash and added another layer of protection to the tops.

There was anoth thing that needed attention. The old hardware was not becoming to the twins' new outfits. The pair needed some updated bling.  Using the old hardware would have been like wearing a 20 year old t-shirt with a new tuxedo.

Wanting to keep the masculinity, I found some geometic backplates - just the right size - at Home Depot. But they were satin nickel. I didn't want the twins to complain again, so the backplates were lightly sanded, primed and painted with a black satin spray paint.

The outits were almost complete. All that was needed were some new cufflinks, andI just happeded ot have some black and white floral knobs that I had purchased at TJ Maxx. They were ideal.

From drab and worn out to two faultlessly decked out twins! 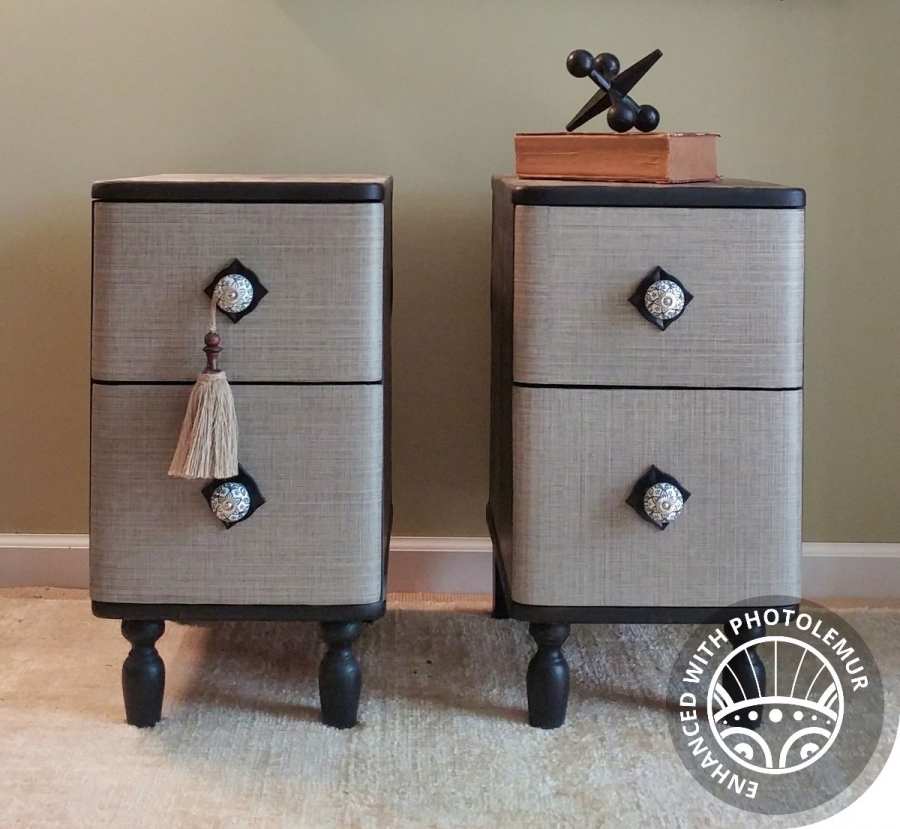 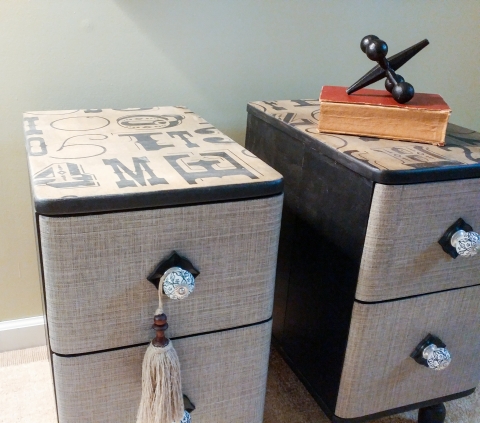 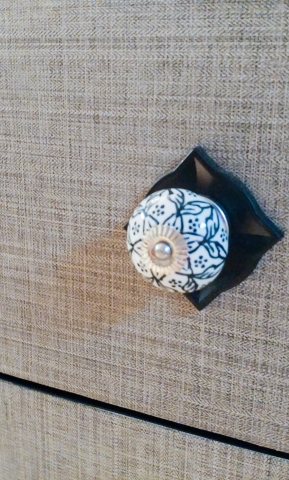 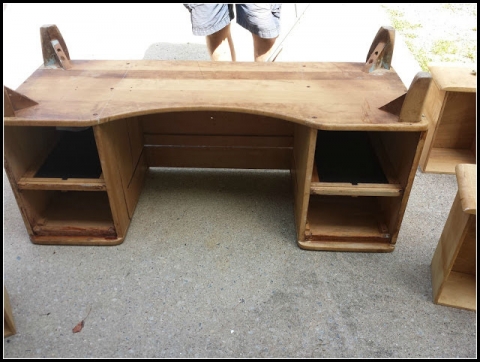