By Ashley Greatness, Owner at Ashley Makes It in Mobile, AL.

This is my 1st commission! My customer tasked me with making his nightstand Iron Man Themed!

Since this piece was wicker, I couldn’t paint it the traditional way, spray paint was the only way to go.

After that it was just new knobs, decoupaged comics on the side of the drawers, and a plexiglass top with MARVEL on it. The results were awesome! My customer was thrilled! 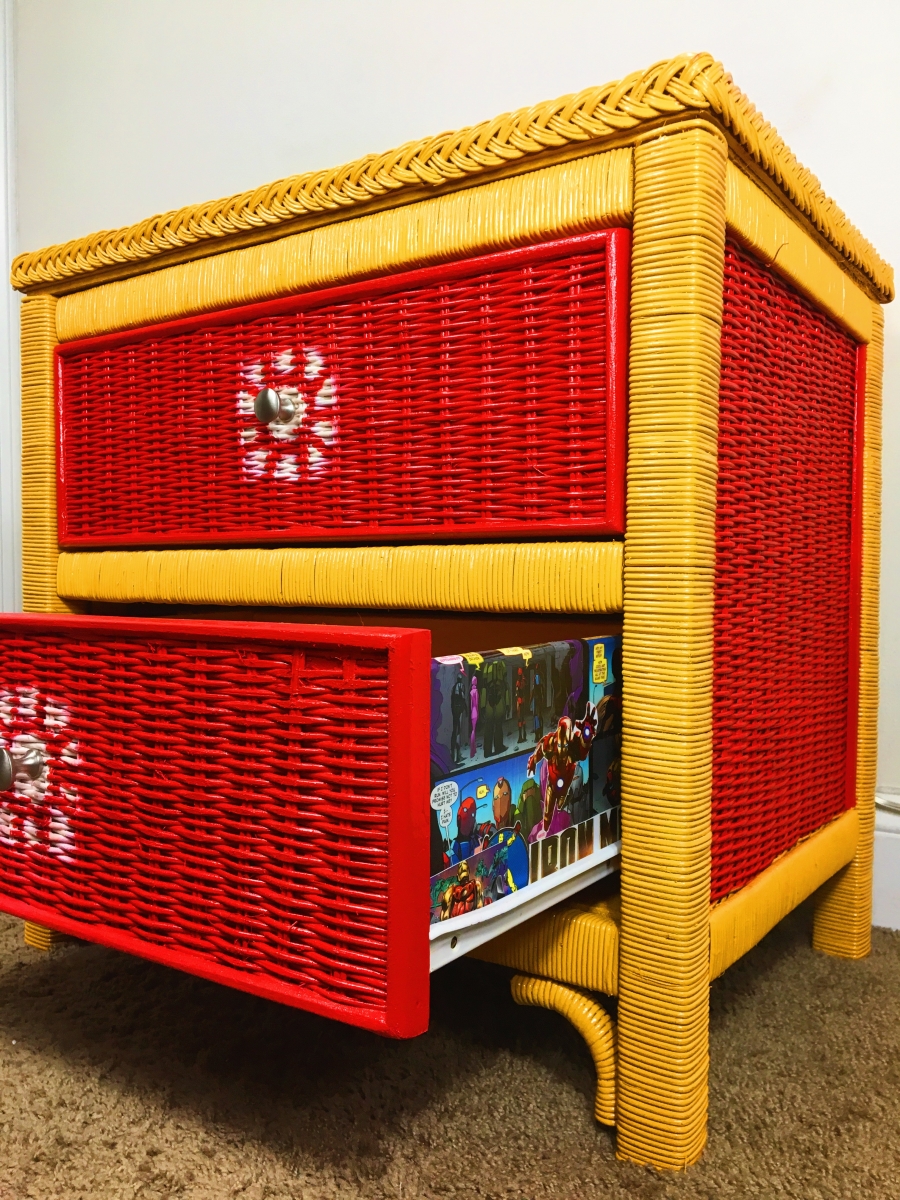 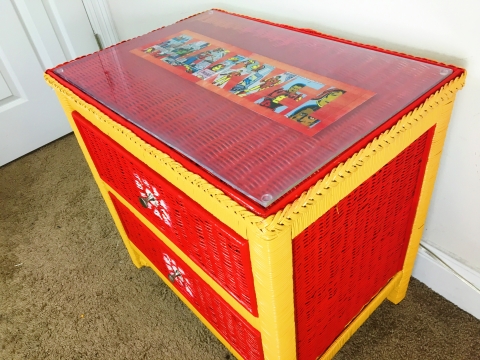 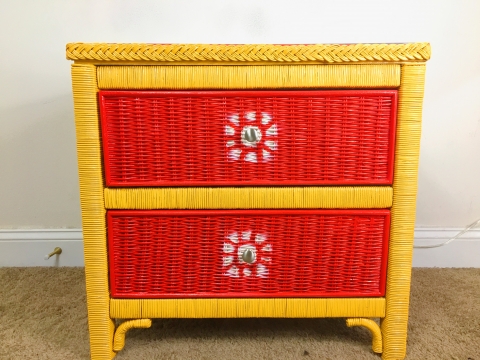 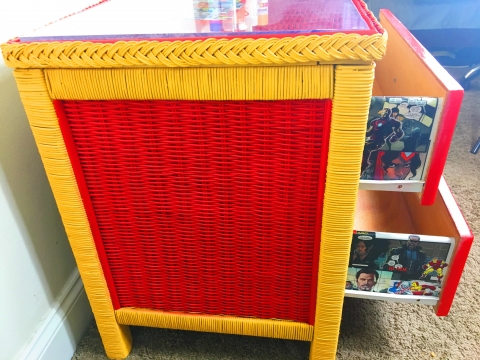 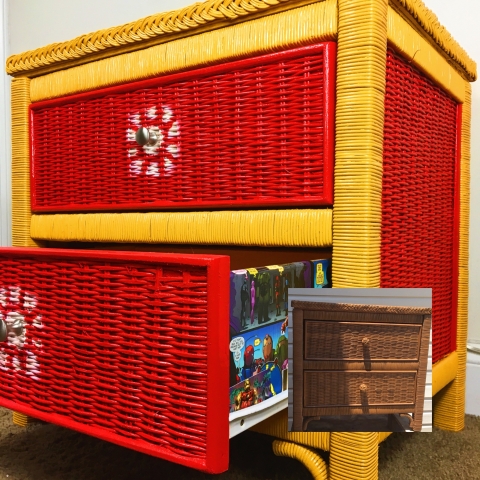 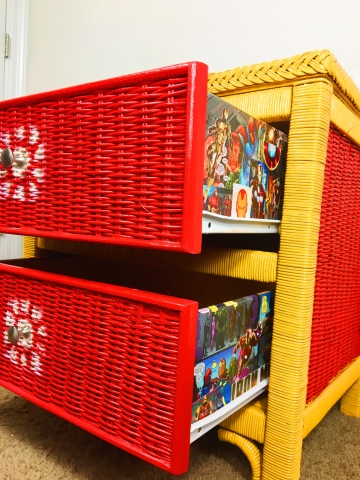 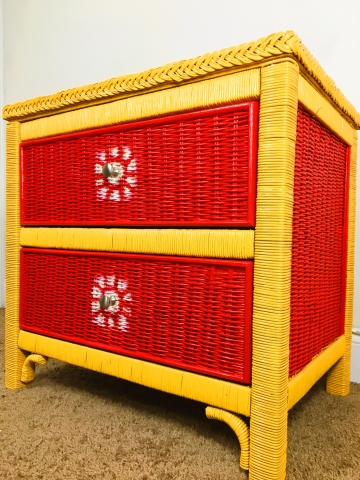 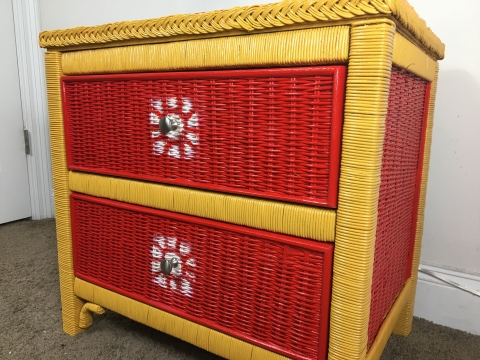