By Julia Bishop at Pumpkin Bleu in Ipswich, Suffolk, GB

This little table was a freebie but needed lots of work; now I normally say no to these but I could see the potential so took it and put it to one side until I could think of what to do with it.

Lots of filling, sanding and prepping later, I could start painting.

Two coats of Annie Sloan Chalk Paint (ASCP) in Old Ochre were applied.  Once dry, I stippled another two Annie Sloan colours - Duck Egg Blue and Old White) on in a (sort of) random fashion using two brushes to create both texture and a slightly mottled 'stone' look.

The next day, I then (very delicately) dry brushed on Frenchic Sugar Puff as I wanted to tone down the bluey look a bit.  This was followed by Fusion's Antique Glaze.  The pièce de résistance was adding a touch of ASCP Gold Gilding Wax to the details and feet. 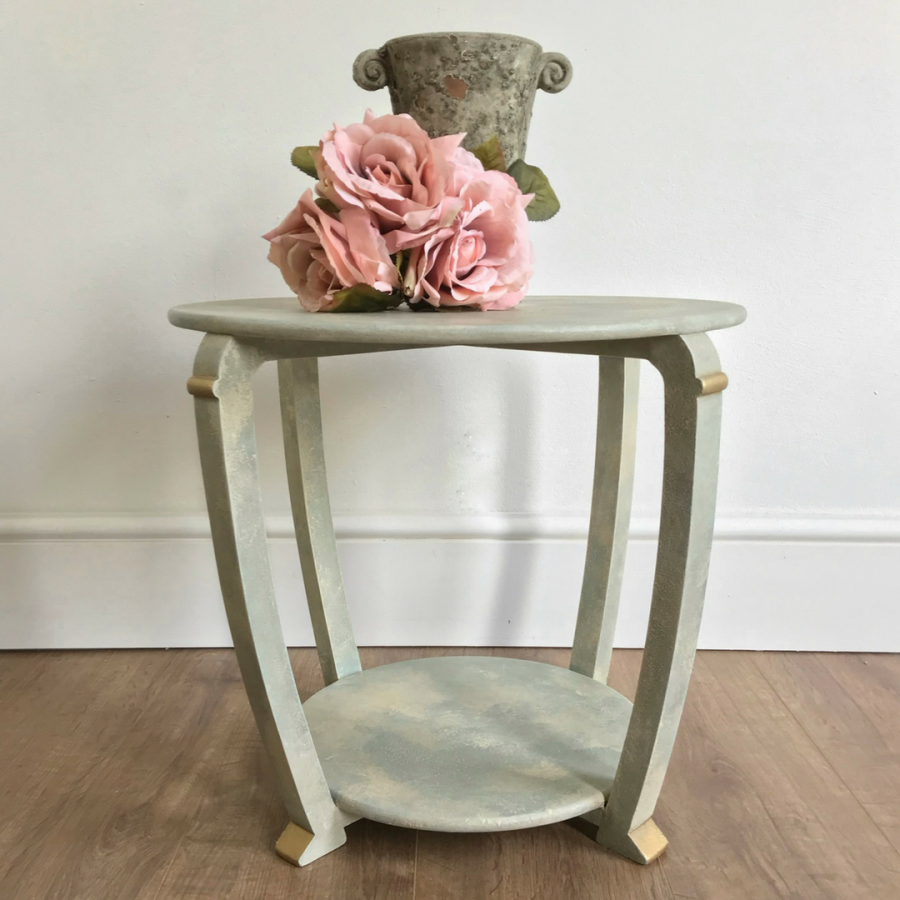 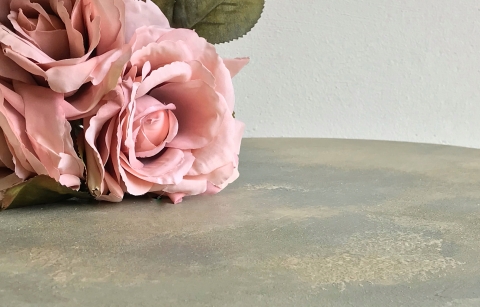 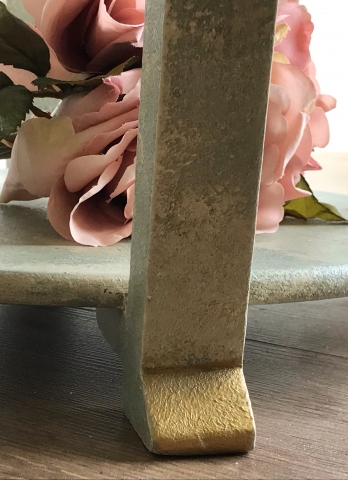