This chifforobe was purchased a few months back from a young mother who had this piece in her family for many generations. She indicated that she had been transported to many places and ended up in her family home; however, I noticed there were many things that needed to be repaired and cleaned up. At first I was hesitant to purchase; however, the lady indicated that this would be thrown away that same day if I didn't take it with me. Out of compassion for this endearing piece, I took this to my shop to see what could be done to save it.

At first I wasn’t sure what to do but when I heard about this contest being sponsored by General Finishes, I decided to hold my own personal contest on FB through my business page (@BlueCloverAlley).  I name it 'Frederick' and I gave him an idyllical background to go along with the condition of the piece.  I also had three other pieces that were given names as well as a background based on their respective condition.  The contest ran for seven days and many people were attracted to both Frederick's and his background, thus he was declared the winner!

Now, my goal was to not only transform this piece into something useful, I wanted to breathe some 'life' into Frederick.  First on the agenda was to decide what type of person would be my focus.  I thought that this piece would be perfect for a little girl who loves to dress up with her friends. Frederick went through a dramatic transformation and is now called 'Federica'.  I placed bead board insider her wardrobe, I repaired one drawer and covered these with flirty wallpaper as well as having painted these a light blue. Her sides were also covered with a pink cheetah wallpaper and this is also found inside the small mirrored compartment.   She was painted all over with pretty pink, the inside of the wardrobe was painted with a mixture of cream paint and GF Red Sienna Glaze to give an Antique Rose feel.  The bottom shelf is covered with cedar planks that were stained with GF Georgian Cherry and Grey Oil based Gel.  The entire piece was covered with GF Enduro Var in a Semi Gloss and now I can say that Federica shines again. 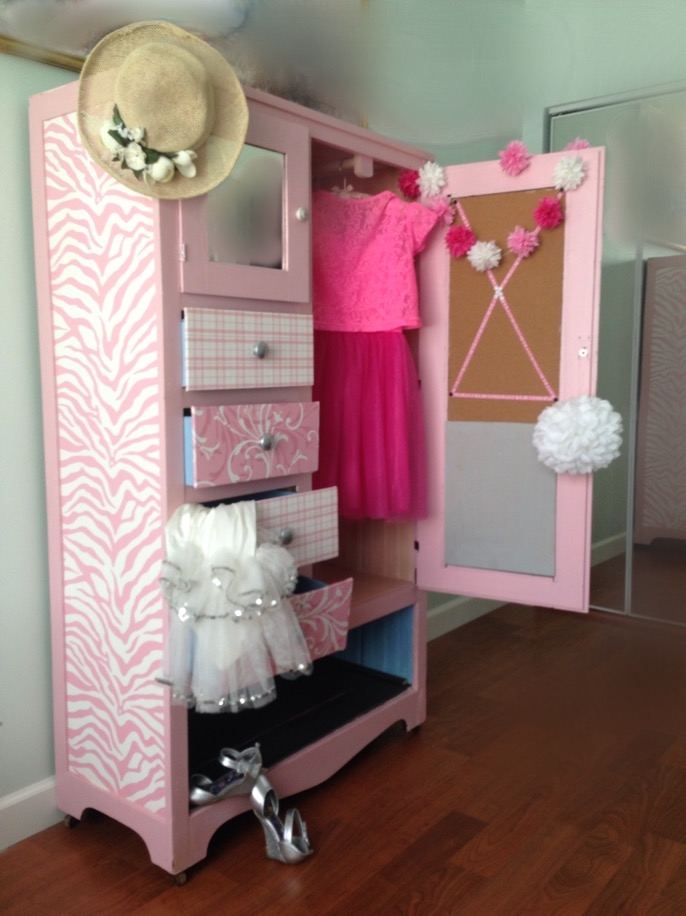 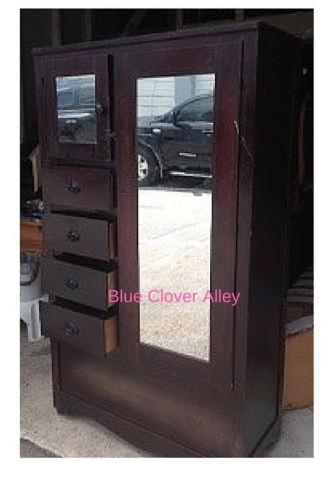 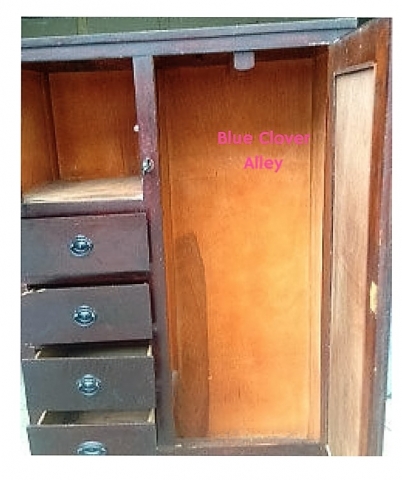 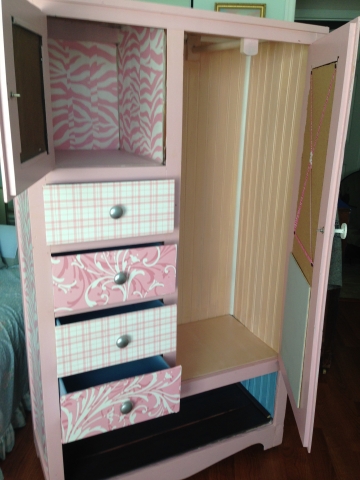 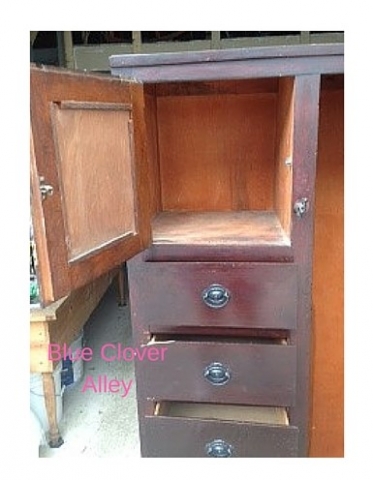 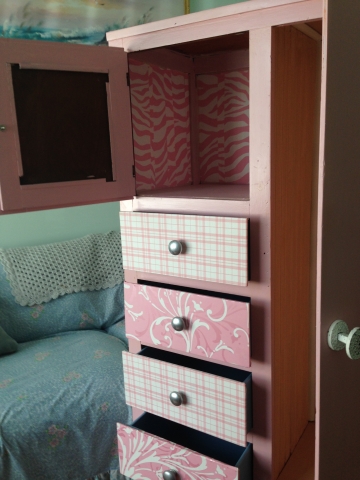 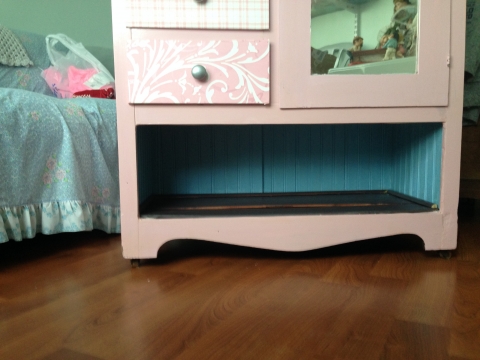